Renowned jewellery artist and innovator, Wallace Chan, will be presenting his first solo show in London, Shapeshifter: The Multiverse of Wallace Chan, at Asia House from 14-17 September 2019. 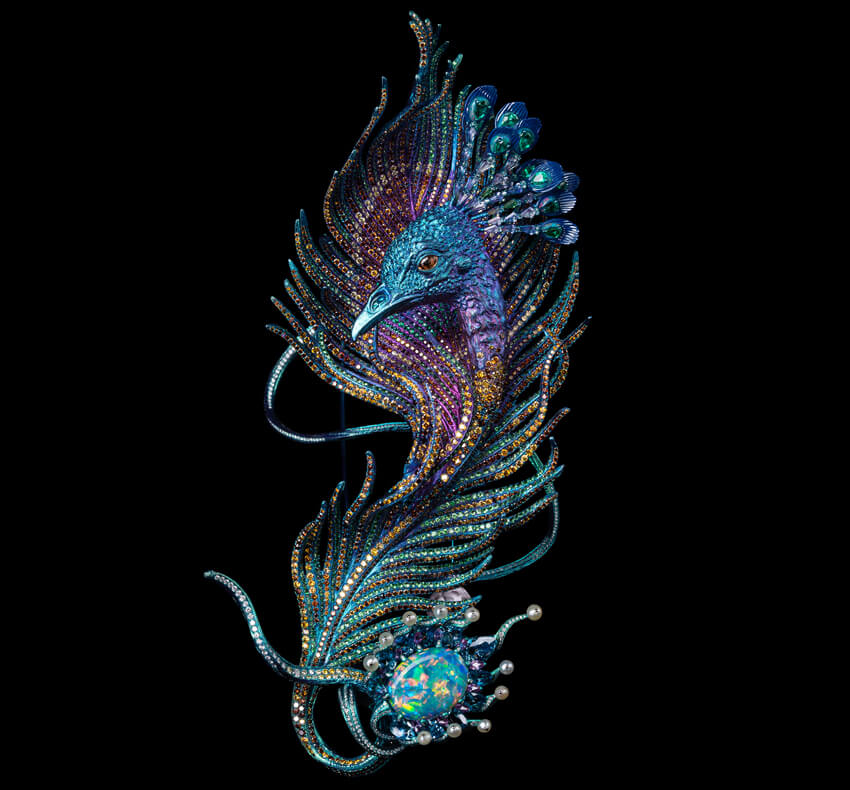 It is Wallace Chan's first-ever solo exhibition in London, and the last in a series of three international exhibitions, following presentations at Crosby Street Hotel, New York in November 2018 and Christie’s Gallery Hong Kong in January 2019. It is also the first time that The Wallace Chan Porcelain will be introduced to art lovers and connoisseurs in London.

innovation – a super-strength porcelain that is five times harder than steel – and 10 titanium sculptures, demonstrating the jewellery artist’s mastery of both materials. 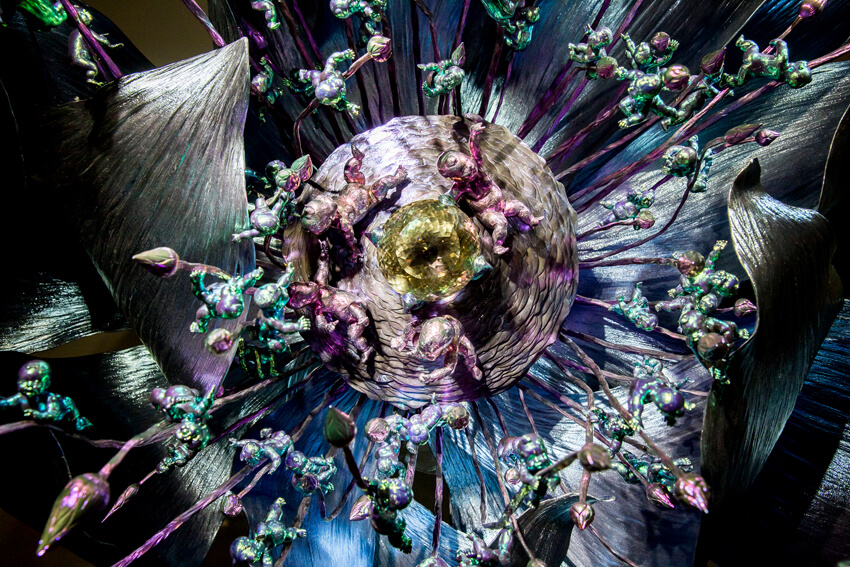 SHAPESHIFTER: The Multiverse of Wallace Chan is the last in a series of three international exhibitions, following presentations at Crosby Street Hotel, New York in November 2018 and Christie’s Gallery Hong Kong in January 2019. It is the first time that ‘The Wallace Chan Porcelain’ will be introduced to art lovers and connoisseurs in London. 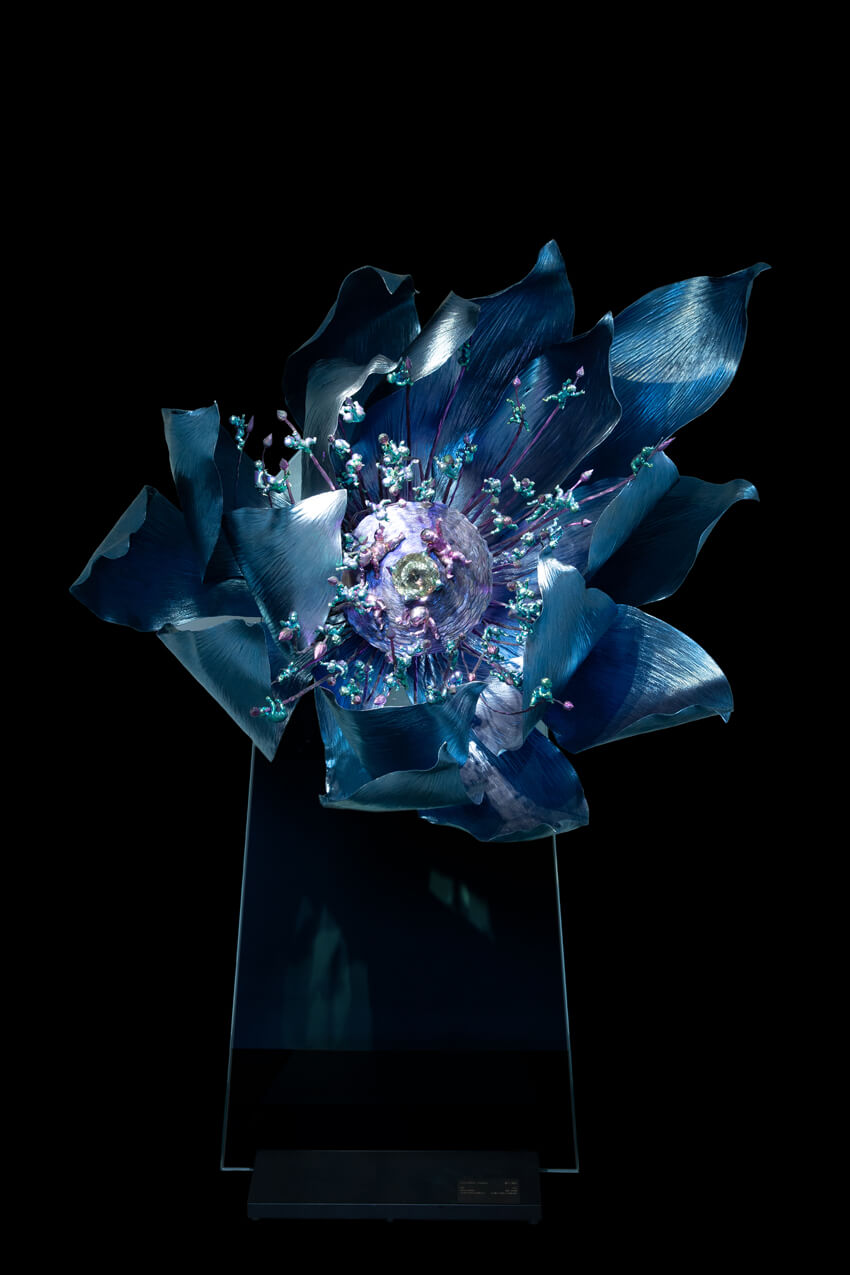 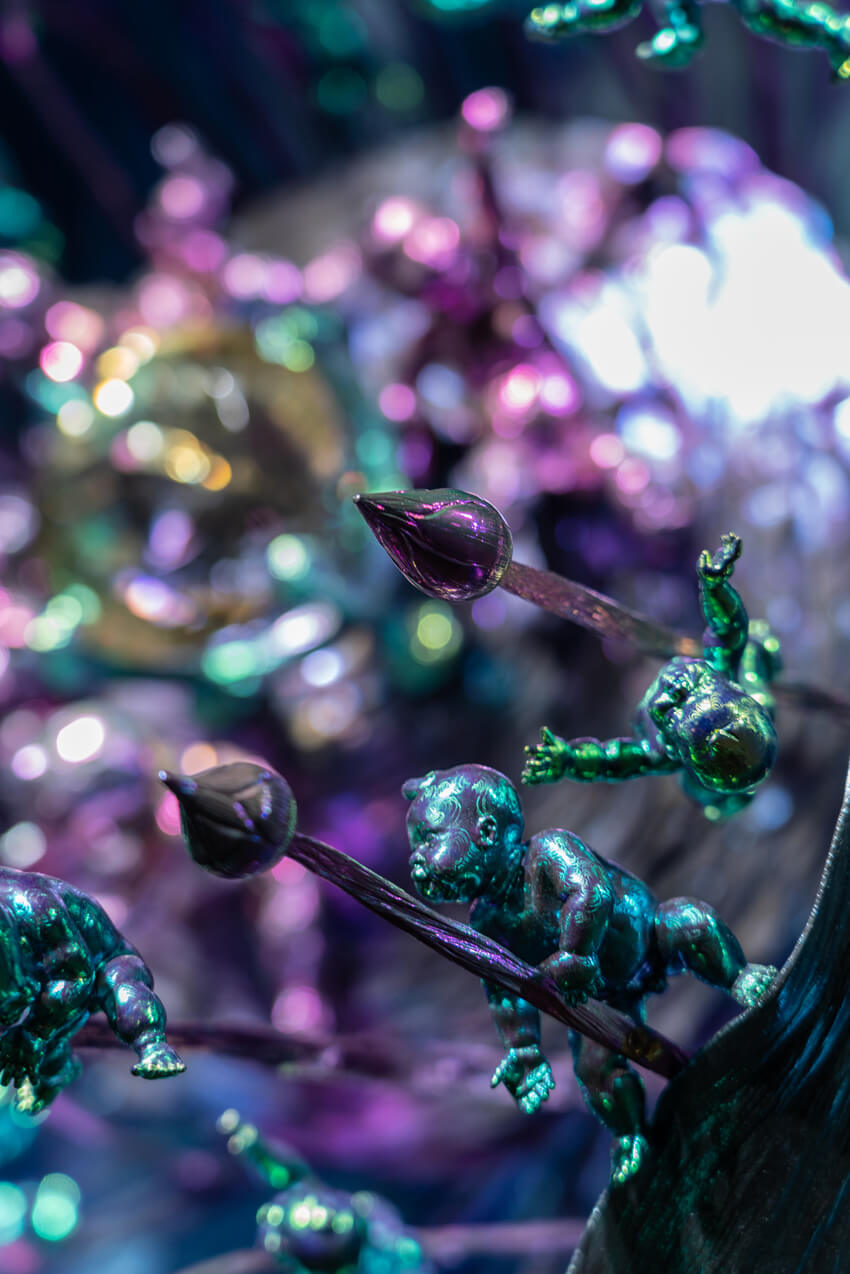 Tracing the development of his practice over the past 45 years, the exhibition features never before seen works and will demonstrate the jewellery artist and innovator’s ceaseless ambition to push boundaries through creative innovations. The exhibition will also offer an unprecedented insight into Wallace Chan’s work as a sculptor, a medium in which he has been working since 1973. 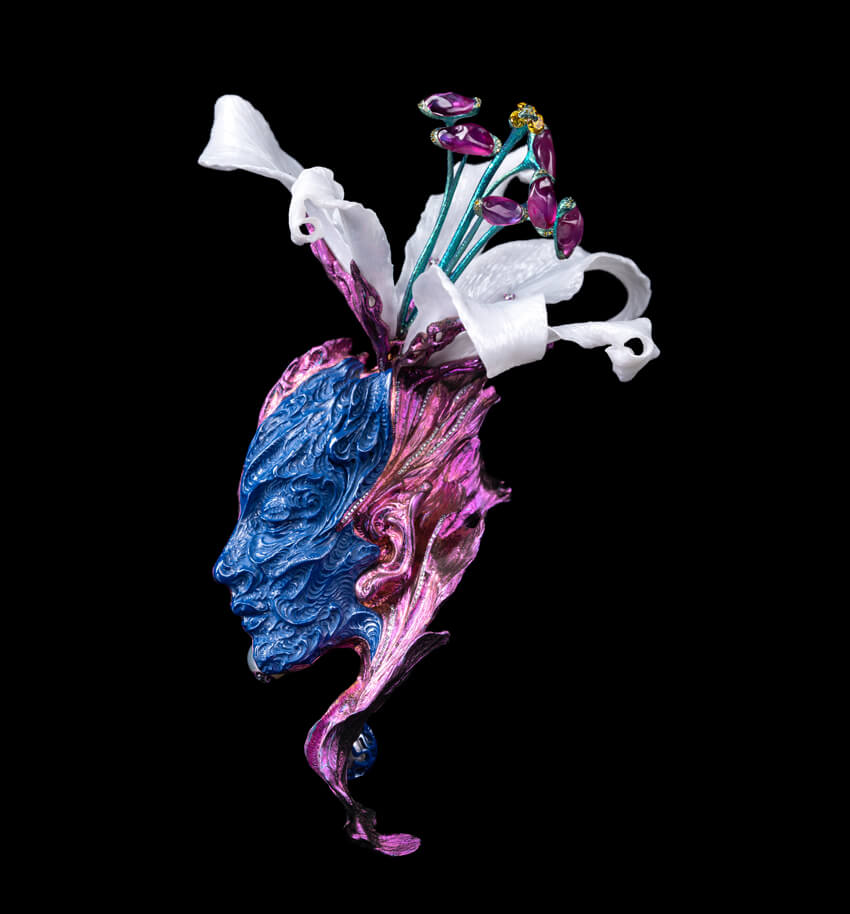 Highlights include a two-metre sculpture, titled Lotus Children, of a blooming lotus flower made of titanium resting on a glass plinth. The flower’s pistil is citrine, surrounded by four rotating figurines of small children symbolise each season. A second sculpture, Memories, from Death to Life , is a skull formed of titanium and The Wallace Chan Porcelain. The skull, while naturally reminiscent of death, is equally a celebration of life. 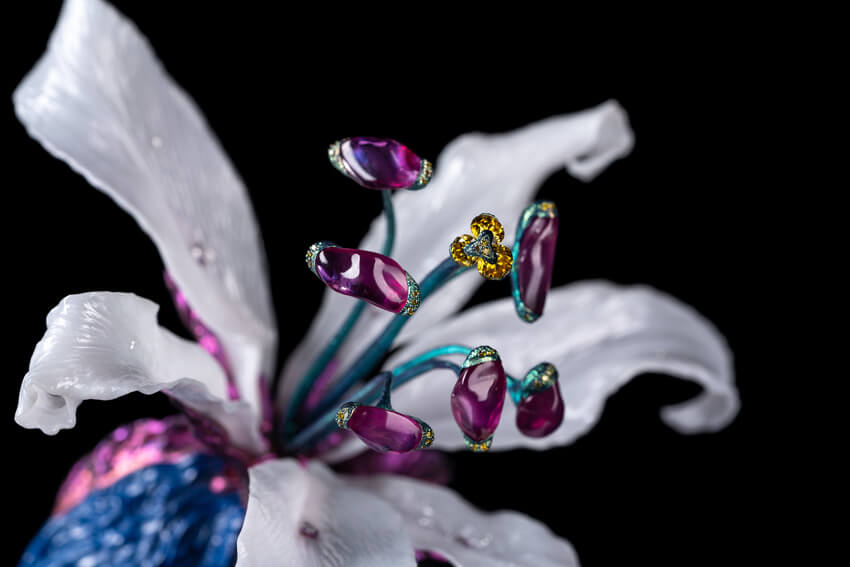 The exhibition will also include an intricately designed series of jewellery, including brooches titled Garden of Dreams and Mind Puzzle, that beyond being beautiful objects are also an exploration of deep philosophical questions such as the origins of the universe.

The pieces in the exhibition incorporate a wide range of materials including titanium, The Wallace Chan Porcelain and are adorned with a multitude of gems and precious stones such as rubies, pearls, sapphires, opals, amethyst, topaz and lapis lazuli, among others.

“I look forward to introducing The Wallace Chan Porcelain to London – one of the most innovative cities in the world – in the beautiful setting of Asia House that speaks to the historical and cultural importance of porcelain in China and its influence in Europe. I always feel that I have a responsibility to innovate, whether through the invention of a new idea, technique, tool or material. My porcelain allows me to realise many new creations that defy the limits of wearable art, just as titanium did in the past decade. Perhaps, like titanium, it will serve to inspire others to explore the possibilities of jewellery creations and sculptural art.” 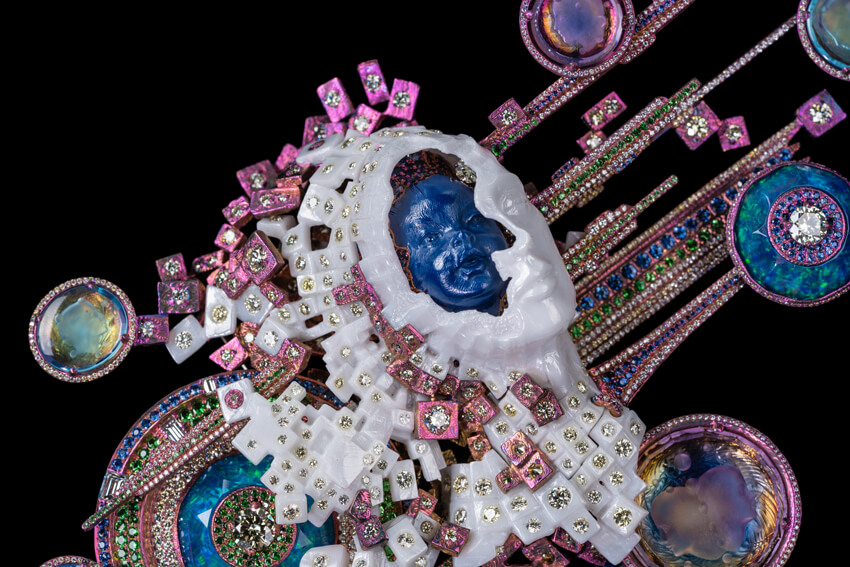 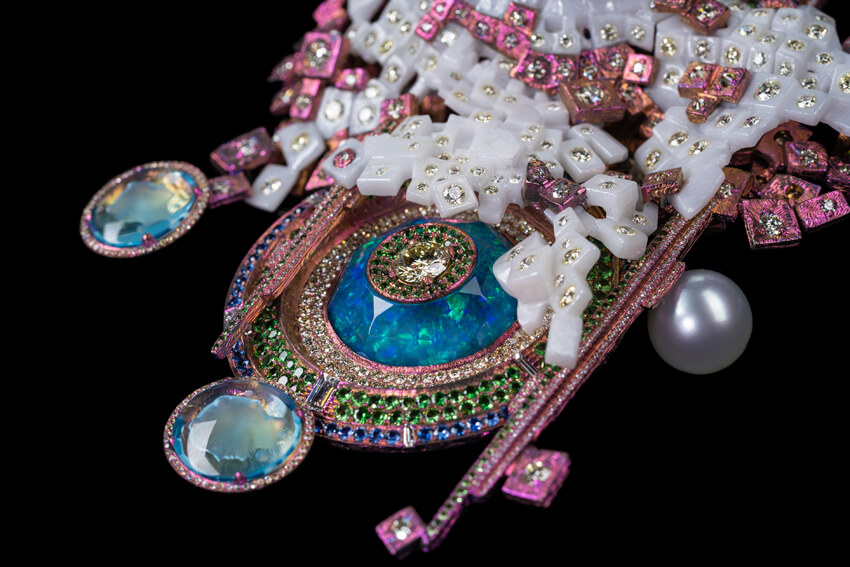 Wallace Chan is a self-taught jewellery artist and innovator. His curiosity and thirst for knowledge has led to the creation of numerous innovations combining art, science and alchemy, including: The Wallace Cut, an illusionary three-dimensional carving technique invented in 1987; the mastery of titanium; a patented jade technology; the invention of elaborate gemstone settings without metal claws; and most recently, The Wallace Chan Porcelain, a material five times stronger than steel. 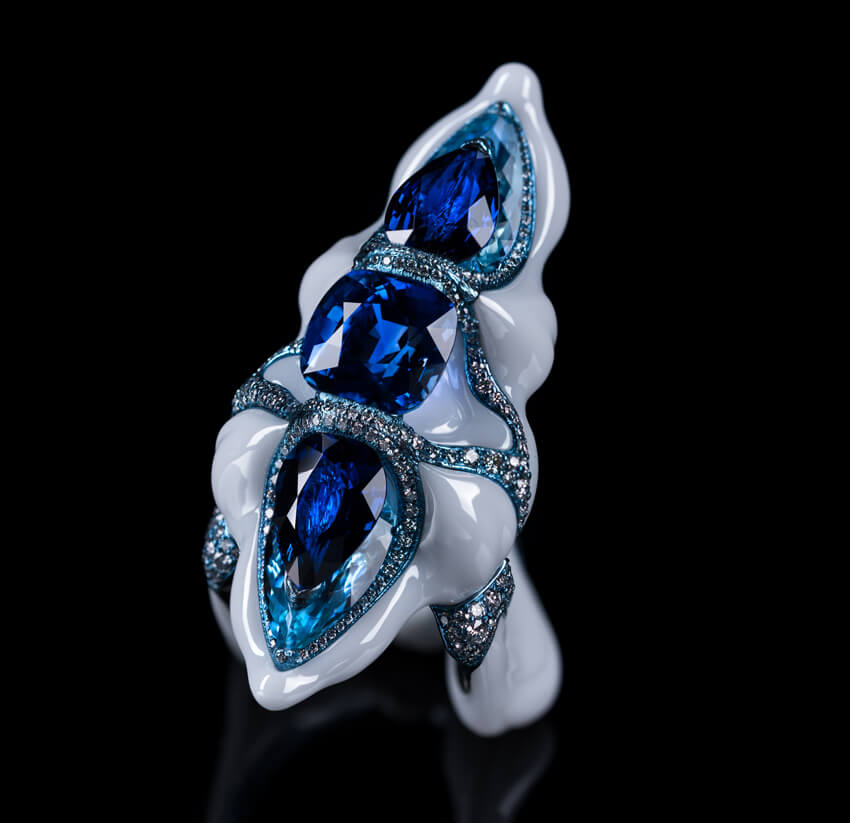 The exhibition will be accompanied by a public programme of events, including talks, guided tours and handling sessions, more details of which will be announced soon. 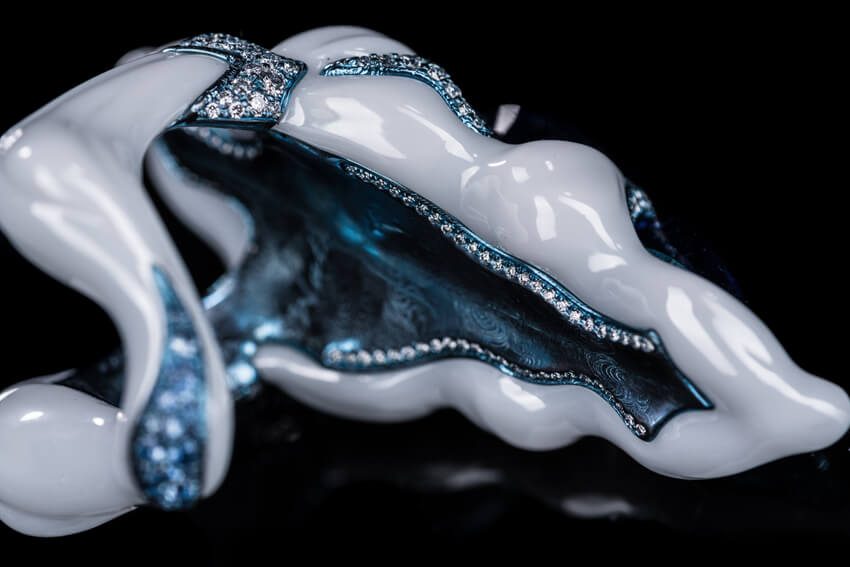 Coinciding with this London exhibition, one of Wallace Chan’s creations is currently on view in the exhibition, Jewels of Nature , at Naturama in Svendborg, Denmark, running until 30 December 2019. Memories From Death to Life Sculpture 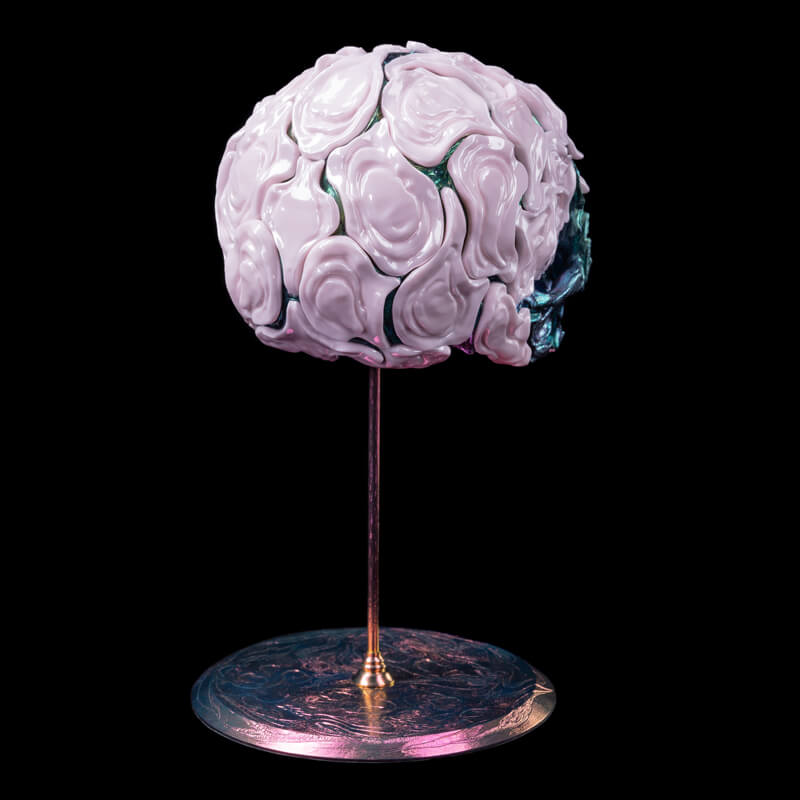 Shapeshifter: The Multiverse of Wallace Chan

*Add this date to your diary here

‘Memories, From Death to Life’ Sculpture, The Wallace Chan Porcelain and Titanium, Courtesy of Wallace Chan.