The Art & Antiques Fair Olympia to include Oscar Heyman collection

The Art & Antiques Fair Olympia returns to London from 26 June with a varied collection of high quality jewellery from the distant past to the present day. Featuring pieces from names such as Oscar Heyman, Cartier, Boucheron, Patek Philippe and Van Cleef & Arpels, the Fair offers an unrivalled selection of rings, broaches, necklaces and watches to suit all tastes.

The selection of pieces by Oscar Heyman will be spotlighted by Wimpole Antiques to tie in with the publication of Oscar Heyman: The Jeweller’s Jeweller, created by the Museum of Fine Arts, Boston (MFA), to underscore the undisputed influence Oscar Heyman has on the luxury jewellery industry. The book is a reminder to jewellery enthusiasts that their pieces are works of art in their own right that will stand the test of time.

Known as ‘The Jeweller’s Jeweller’, Oscar Heyman is better known in the inner circles of the design elite than by the wider public. In the past, the company has eschewed the limelight and left the glory to their clients, some of which include Cartier, Tiffany & Co., Harry Winston, Van Cleef & Arpels, Shreve, Crump & Low and Black, Starr & Frost. 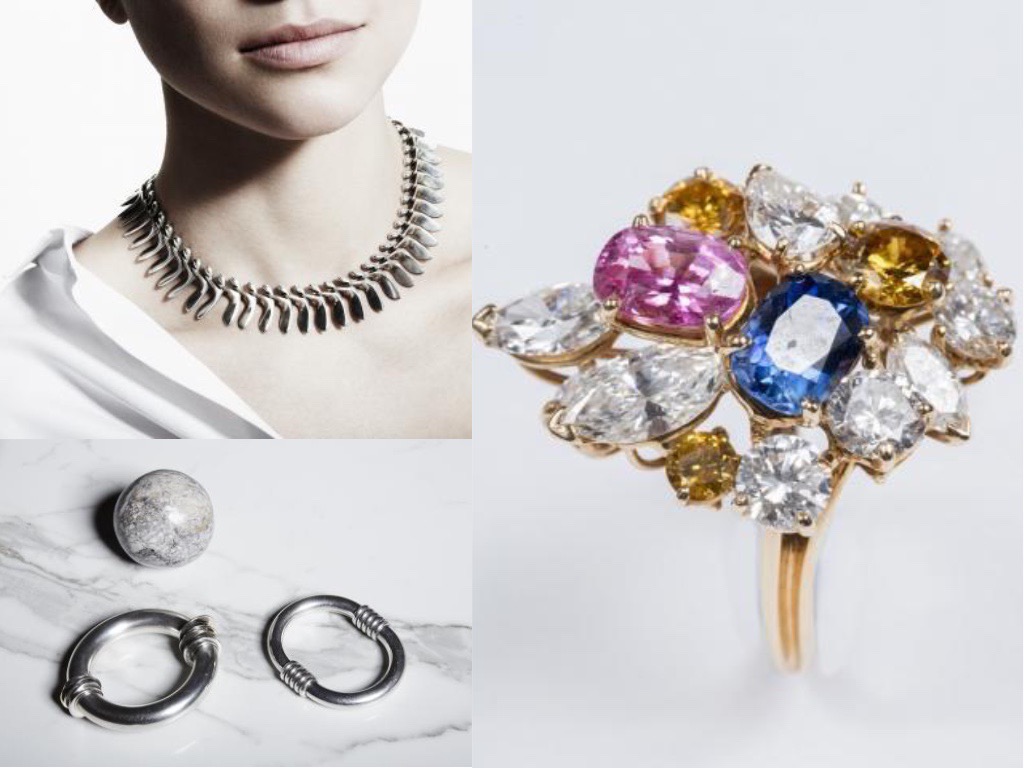 Pieces from Oscar Heyman that will be available next week in London include a fine diamond broach in the shape of Hayleys Comet, circa 1950, and a ring that clusters yellow diamonds alongside white diamonds and pink and blue sapphires.

The remarkable selection of pieces will be on sale at The Art & Antiques Fair Olympia, the UK’s largest and most established art and antiques fair, taking place from 26 June until 2 July at London’s iconic Kensington Olympia Exhibition Centre – an annual destination for more than 25,000 discerning visitors from across the world.

Featured at this year’s Fair:

True to form, this ring made of yellow diamonds, white diamonds and pink and blue sapphires is meticulously crafted by American artisans using European techniques passed down through three generations of the Oscar Heyman family business.

This spectacular, rare original 18k solid gold pendant watch was designed by one of Sweden’s most important 20th century silversmiths and master jewellers, Vivianna Torun Bulow-Hube for Georg Jensen Denmark in about 1970. Often known simply at Torun, she was the first female silversmith to become internationally noted and her work is hugely sought after. 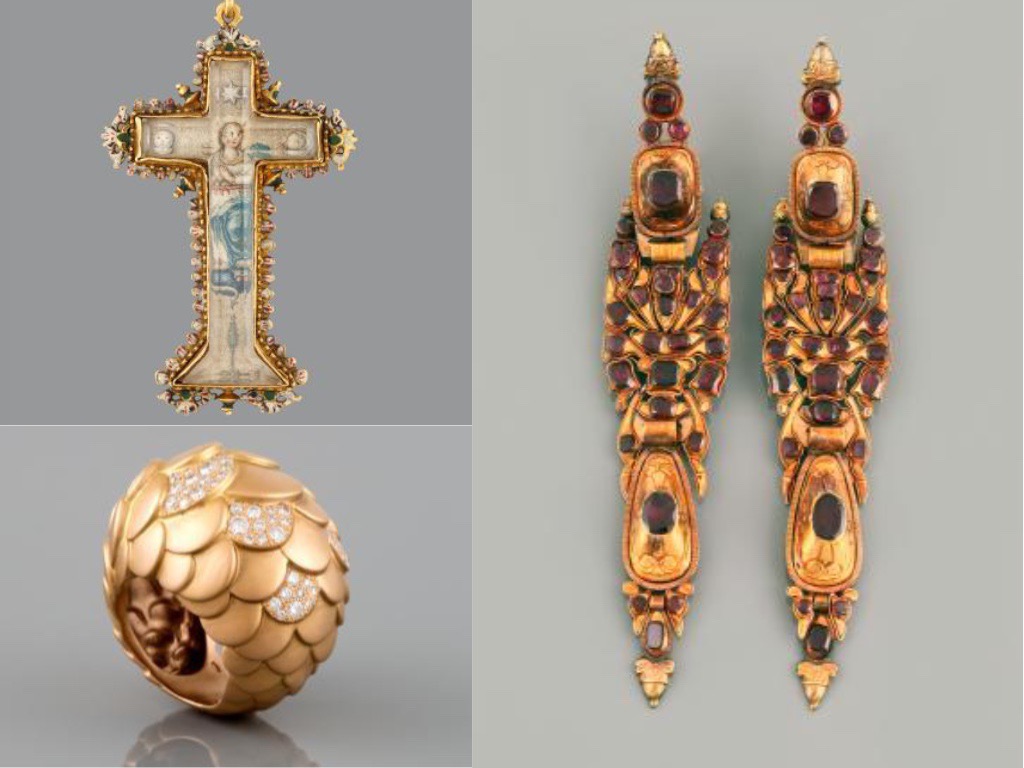 This stunning ring was designed by the prolific jewellery designer, Oscar Heyman, and is set in platinum with high quality sapphires and diamonds.

This pendant stands as a visually gripping statement piece that will be most interesting to the jewellery enthusiast that enjoys Art Deco and Art Nouveau. Knox, best known for being Liberty’s primary designer, was often influenced by his Scottish descent and was noted for his influence on the Celtic Revival.

Since 1948, David Webb has carried forward a rich tradition of design, craftsmanship and creativity as an iconic American jewellery house and his pieces have attracted claim across the globe.

This is a cross shaped pendant in gold, quartz, enamel and painted vellum that captures essence of the past beautifully. 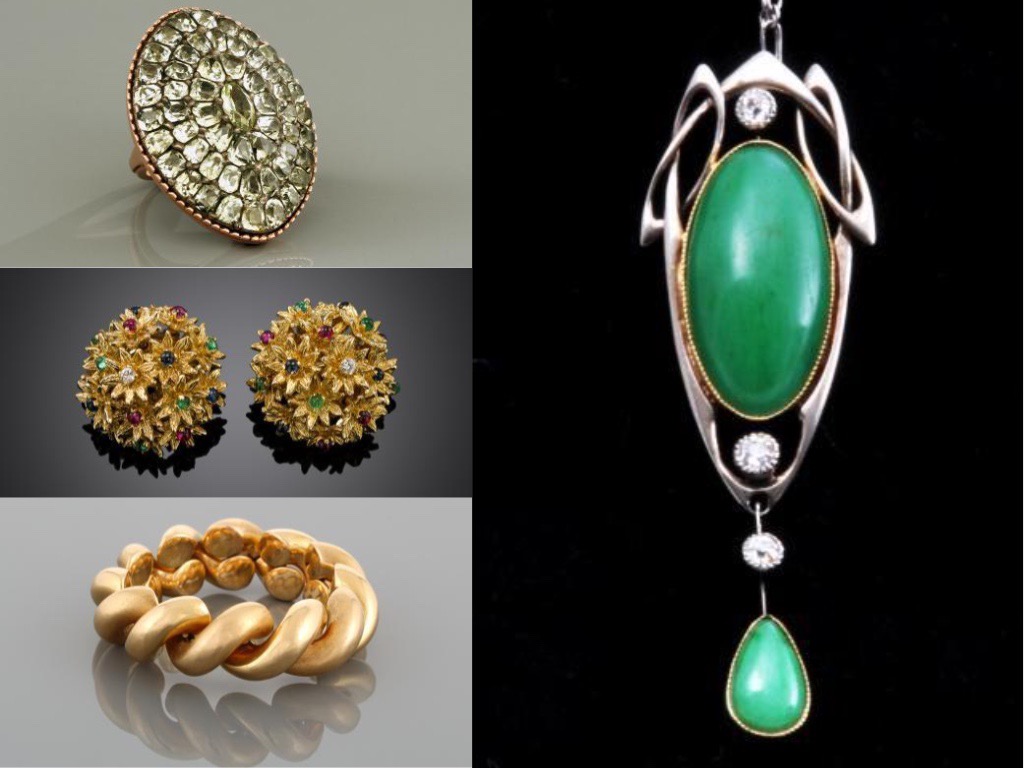 Often paralleled to the Rolls Royce of watches, a piece from Patek Philippe is a classic timepiece. This vintage watch has a solid 18 carat yellow gold case, manual wind movement and a silver coloured dial with raised gold hour-markers.

Located in the elegant National Hall in London Olympia, the Fair is extremely easy to get to and there will be a free shuttle bus during the Fair between London Olympia and Sloane Square.

A Preview held on Monday 26th June, late openings, champagne bar and a specially created menu at Mosimann’s Jazz Cafe all combine to make the Fair a prestigious and must-attend event in London’s summer calendar.

For more information and to purchase tickets please visit, www.olympia-art-antiques.com