The Clerkenwell based contemporary jewellery academy K² Academy of Contemporary Jewellery, founded by jewellery artists Kelvin J Birk and Katrin Spranger have told about how excited and thrilled they are at an upcoming collaboration with fellow jewellery artist Christoph Zellweger.

Zellweger will be leading an exclusive 4 ½ day workshop in London for the first time at the K² Academy, coming to London especially for the event in August.

The collaboration between Zellweger and the Academy is a perfect match, as the Academy focuses on a conceptual, free-thinking approach to jewellery design underpinned by rigorous technical training. Something which internationally renowned Zellweger has a reputation for in his own right.

Presented as jewellery or installations Christoph Zellweger’s speculative objects result from an intense material research, often uncovering social obsessions related to the constructions of identity, beauty and bodily health. Zellweger’s works have been internationally recognised and described as thought-provoking and influential. His approach to jewellery perfectly aligns with those of the K2 Academy, meaning that the visiting tutor will feel extremely at home in his surroundings.

“We are proud to announce an exciting new summer workshop run by an internationally renowned Swiss artist and professor Christoph Zellweger. The course is dedicated to artists and makers of all backgrounds who would like to explore the identity of their practice as well as their own individual working methods, while experimenting with different processes and various materials.”
Said Kelvin Birk of the K2 Academy.

As an experienced ad dedicated educator Zellweger started as a Senior Lecturer at Sheffield Hallam University in 1993 where he set up and led one of the first MA courses in Jewellery & Metalwork in the UK until 2002. He taught on the MA at Konstfack in Stockholm from 2004 -11, and at the Academy of Fine Art Nuremberg from 2004 -5, at and has been an occasional visiting lecturer at Cranbrook Academy of Art in Detroit as well as on the MA at the Royal Academy of Art in Antwerp from 2014-2015. From 2008 he also started to coach MA students in Product Design at Lucerne University of Applied Sciences and Arts, where he also started the new XS Jewellery program in 2016. Besides running his Zurich-based studio and exhibiting internationally, he also engages in artistic research as a Professor of Art & Design at Sheffield Hallam University, a position he has held since 2003.

This workshop entitled 'Point Of No Return' will be led by Zellweger, who’s commitment to applied research as a visionary practitioner and experienced coach has gained international recognition. The workshop is aimed at professional colleagues from all parts of the world, as well as ambitious students and amateurs, who wish to progress their work and to give direction to their practice. 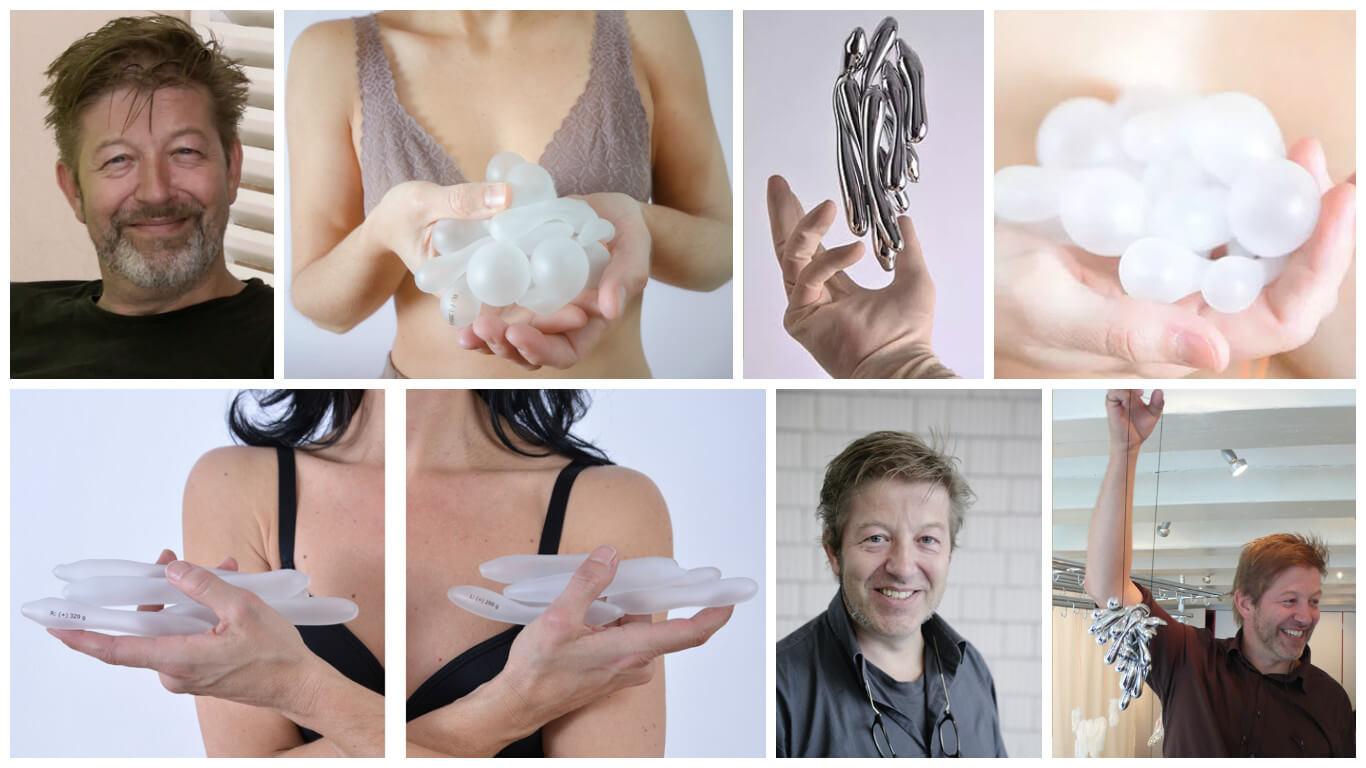 “We here at K2 have joined up with Christoph Zellweger, and are very excited and proud to announce that he will be teaching a very exciting short course for us this summer.” Said Katrin Spranger.

Christoph Zellweger is a Swiss artist and professor based in both the UK and in Switzerland, and has an international reputation for creating thought provoking contemporary jewellery. His work has been collected and housed in international collections including the Pforzheim Jewellery Museum in Germany, the Swiss National Museum in Zurich, the Fonds National d'Art Contemporain in Paris, the British Crafts Council in London, the Museum for the Applied Arts in Hamburg and the China Academy of Arts Contemporary Jewellery Collection.

As well as winning prizes in England, Belgium and Germany, he has also been past finalist for Art Jewelry Forum's 2017 Susan Beech Mid-Career Artist Grant and was a previous recipient of the Herbert Hofmann Prize. He has won the Swiss Federal Prize for the Applied Arts three times. The monograph Christoph Zellweger Foreign Bodies (Actar, 2007) extended the definition of body adornment and engaged in an interdisciplinary dialogue.

Zellweger started his own career, being born into a family of goldsmiths and fifth-generation jewellery shop owners, by working as a trained goldsmith, modelmaker and designer in Switzerland and Germany before graduating from the Royal College of Art in 1993, where he turned towards an interdisciplinary, critical and experimental practice, expanding and challenging his own tradition and the field.

The collaboration between Kelvin J Birk, Katrin Spranger and Christoph Zellweger will boast an attractive proposition to students or mid career professionals who are looking for a balance between a craft and design education, being taught traditional jewellery techniques to a high professional standard while at the same time learning to step outside the boundaries of traditional design and materials and think critically about the creative process. 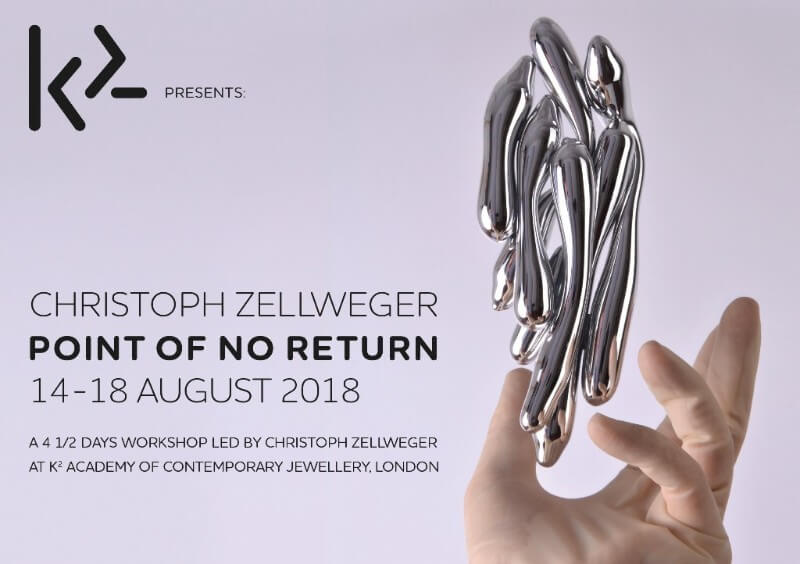 This 4 1/2 day workshop Point Of No Return will run from 14 - 18 August 2018 and will be led by Swiss jewellery artist and designer Christoph Zellweger, who’s commitment to applied research as a visionary practitioner and experienced coach has gained international recognition. The workshop is aimed at professional colleagues from all parts of the world, as well as ambitious students and amateurs, who wish to progress their work and to give direction to their practice.