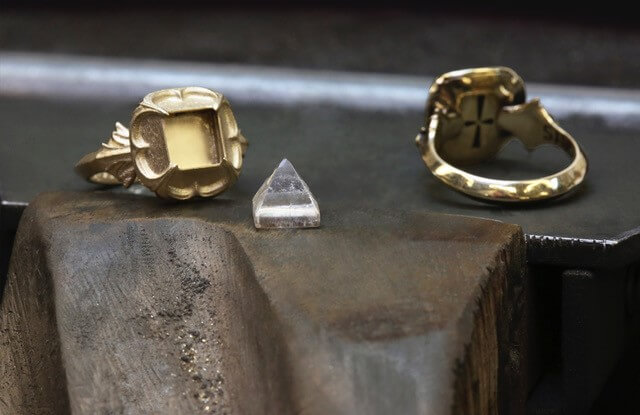 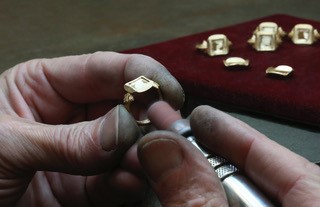 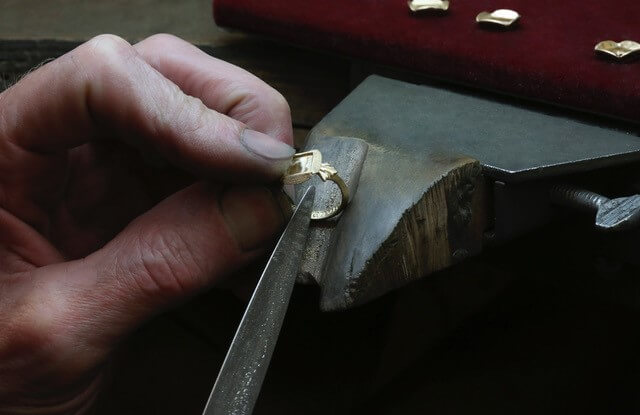 “For Aurora’s engagement ring the brief from the film’s property master was that the design should look like an antique engagement ring and reference the 16th century ‘quatrefoil' method of stone setting. The stone we wanted for the ring needed to be a pyramid shape. We had several types of stones hand-cut and experimented until we arrived at something that had enough ‘zing’. All the film pieces have to be okayed by the property master, costume designer and the director, so it’s always quite nervy to try and bring their vision to life. The ring has ancient script engraving inside and was made in yellow gold. It was finished with texturing, polishing and ageing techniques and we had to make several rings to be worn by Elle Fanning, body doubles and stunt people, and also for simultaneous shooting. 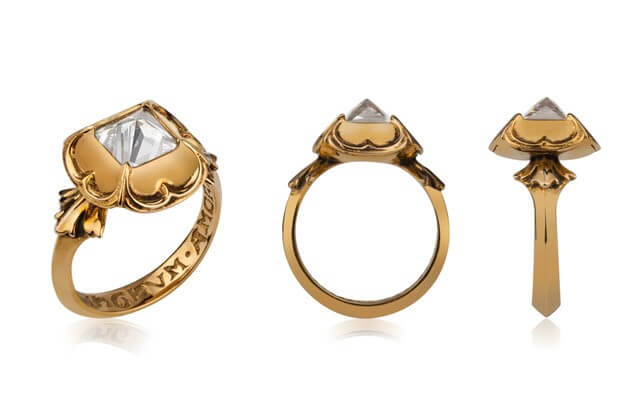 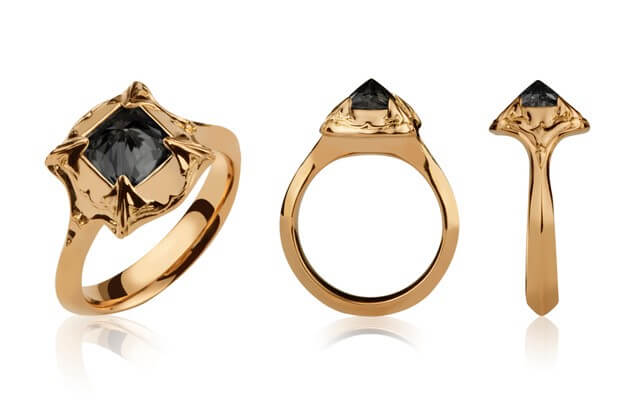 The film’s property master also wanted some vine-like wedding rings. The story behind these designs was that the fairies were going to weave them for the happy couple using vines from the forest. This was a slightly challenging request for pieces of jewellery. I sculpted two different designs, one which had a knot design on the top and then another which was much more 'vine' like and irregular. I experimented with various ways of making these, twisting shaped wire together and forming them, which I wasn't happy with. Sculpting them from wood, again an unsatisfactory result, and interestingly when they were made in wood, they didn’t look woody enough! In the end, I opted for casting them in silver, etching the surface and then hand-painting each one using an airbrush. I was really pleased with the results, as was the property master and director. The painting techniques had made the rings look more like wood and everything was approved.” 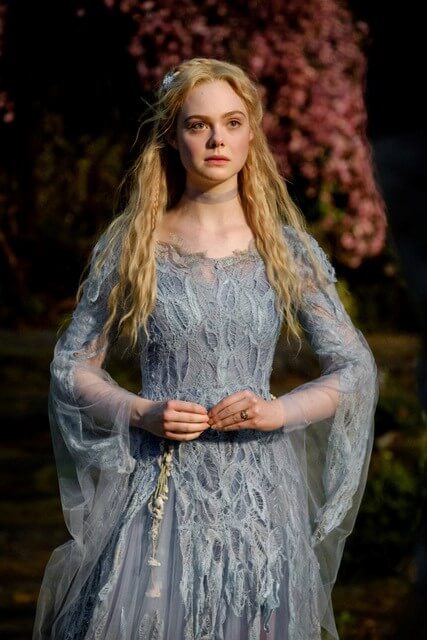 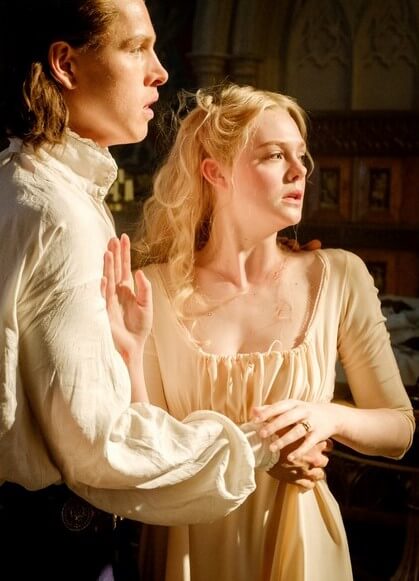 Stephen has also created three designs inspired by the bespoke pieces made for Maleficent: Mistress of Evil. The beautiful Faery ring is heavily influenced by the sprit of romance and love and the Vine rings, which are available in two widths are reminiscent of vines that grow in an enchanted forest. The pieces can be made in a variety of solid precious metal options, including yellow gold, rose gold and silver. Prices from £285 - £5,625.