This year's Elements gets ethical and environmental

Elements, Scotland’s festival showcase for the finest gold, silver and jewellery will include collections that combine beauty and exquisite craftsmanship with ethical and environmental issues. 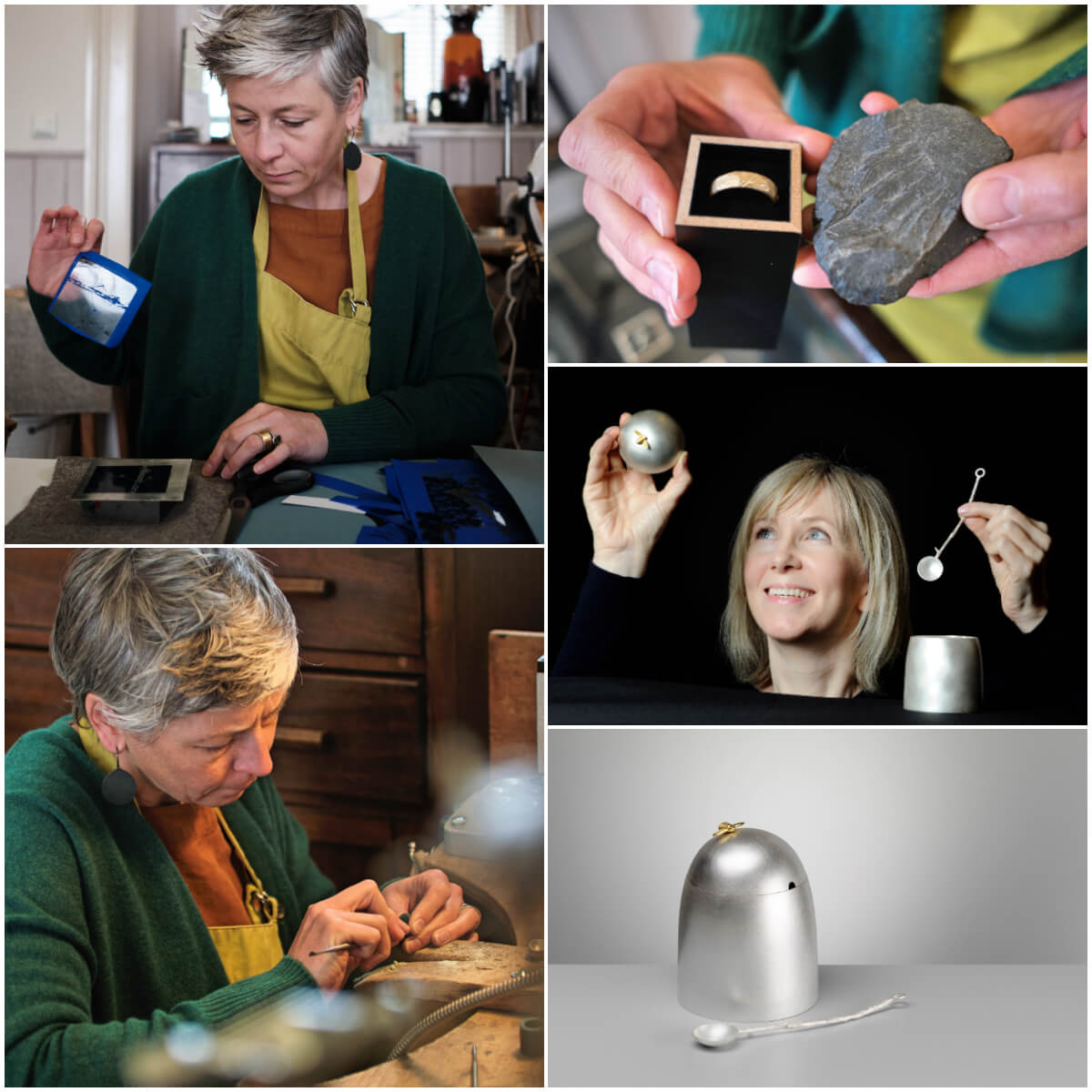 The event, which is organised by The Incorporation of Goldsmiths of Edinburgh in partnership with fine art auctioneers Lyon & Turnbull and runs from 8 to 10 November, will feature more than 50 high quality designers and makers from across the UK.

Among them is Burntisland-based Sally Grant, whose pieces will include one featuring a garnet that is among the first stones brought to market by Moyo Gemstones, a women’s mining collective in Tanzania.

Sally, who works in recycled and Fairtrade gold, said: “It’s very special gemstone. This garnet has been responsibly sourced from the female miners in Tanzania and is fully traceable from mine to market.

“The miners involved have been taking part in a scheme to improve working conditions and provide support for them to sell their gemstones through a controlled system. Now all I have to do is make sure I honour the initiative by making something beautiful with it. Watch this space.”

Visitors to Elements will also have the chance to get a first glimpse of new collections by Eileen Gatt. This will include puffin and sand eel pendants and sea life bracelets she is creating as part of her long-running relationship with the RSPB. Previously she has created pieces featuring creatures like bees.

These will raise funds for the charity’s work to protect one of Scotland’s best-loved birds, which is now on the European Red List and threatened with global extinction, and increase awareness of the threats to the environment it depends on to survive.

Eileen will also be showing pieces that explore climate change, including a bangle that positions a rough cut aquamarine beside a polar bear.

She said: “My work features a lot of birds and animals and these new collections are very much focused on the environment.

“I have used the aquamarine to comment on how the melting of the ice in our polar regions is having a disastrous impact on wildlife and the environment.

“I’m also delighted to be continuing my long-running support for the RSPB’s sustainability projects to protect vulnerable species and am very much looking forward to giving visitors to Elements a first chance to see the new puffins collection.”

The fragile state of our wildlife has always been a powerful inspiration for Eileen, who is from the Black Isle and has previously produced jewellery celebrating the bottle nosed dolphins of the Moray Firth.

Eileen is also involved in her own project to convert the former post office in the village of Munlochy into a workshop and retail space. This will hopefully help boost the local economy by attracting visitors driving the North Coastal 500 route and passengers from cruise ships stopping at Invergordon.

The studios, which are due to open in December will also provide benches for other makers and allow Eileen to run jewellery workshops that will teach sustainable practices.

Now in its fifth year Elements provides the best opportunity in Scotland to see some of the very best in contemporary jewellery and metal design from all over the UK. Four Silversmiths are coming up from Sheffield, including makers Brett Payne and Rebecca Joselyn. They were responsible for a revival of the city’s silversmithing tradition with Goldsmiths’ North earlier this summer.

Other exhibitors include An Alleweireldt, Hannah Bedford and Rhona McCallum

Mary Michel, Director of The Incorporation of Goldsmiths of the City of Edinburgh, said: “
The Incorporation has been championing Scottish gold and silver since the 15 century and Elements is an inspiring and enjoyable way to provide a showcase for the very best makers and designers.

“The timing is perfect for anyone in search of beautiful Christmas gifts that will be really distinctive and that will be cherished for years and decades to come.”

Elements will feature jewellery and silverware from £45 to £15,000 ranging from affordable brooches and earrings to exquisite one-off pieces, handcrafted using precious metals and gemstones.

Ruth Davis, Jewellery Specialist at Lyon & Turnbull, said:
“We are very excited to welcome Elements back to our saleroom for a fifth year. Once again the standard of design and craftsmanship is second to none, and really does shine a light on the best Scotland, and the rest of the UK, has to offer in terms of not only established makers, but also those emerging from the colleges.”