Jewellery trends for 2020: recycling deluxe, strange stones and the rise of demi-bespoke

The Telegraph: With more precious raw materials and longer production times, jewellery trends move at a slower pace than those in the fashion world. This is a relief for buyers - there’s no need to worry that a new, four-figure piece will scream ‘last season’ in a few short months. 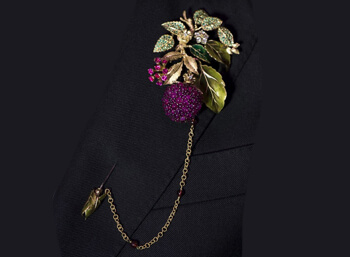 Vogue: At this time of year, in addition to the resolutions and intentions, the winds of change blow in a flurry of fashion forecasts for the seasons ahead. Some are discarded by the end of January, while others stick. In the world of jewellery, 2020 will see fine jewellery for men become one that sticks. 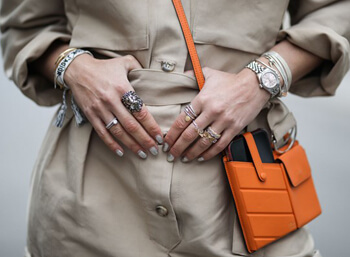 The Jewellery Trends You’ll Be Seeing Everywhere In 2020

Marie Claire: The beginning of a new decade means a fresh start for everyone – with everything from wellness routines, career trajectories and personal relationships, to wardrobes and closets receiving the full 2020 makeover. Though a new year’s clean out of your clothes and shoes may seem like the obvious choice, we recommend taking the opportunity to conduct a major jewellery overhaul (trust us, you’ll be shocked by how many pieces you’re hoarding). 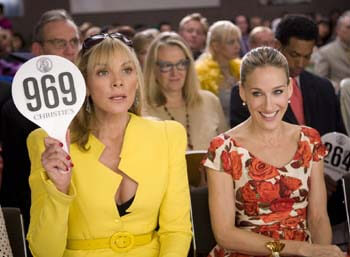 How the 2010s became the decade to buy jewellery at auction

The Telegraph: It lacked a pithy name (‘the teens’ somehow never really caught on) - but the last decade delivered much in the way of jewellery trends: now-ubiquitous ‘layering’ jewellery, ear cuffs and the multiple-piercing craze, an abundance of colour and diversity of gemstones. The way we buy jewellery has also been transformed. 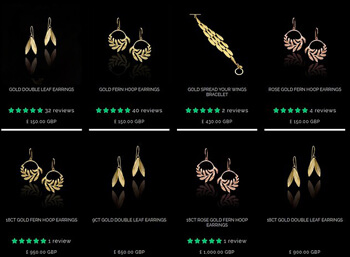 Daily Mail: Meghan Markle donned a pair of £120 earrings by Catherine Zoraida as she stepped out in London today - a brand often worn by her sister-in-law Kate Middleton. 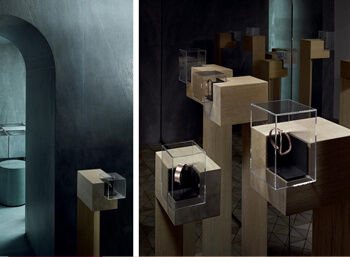 Wallpaper: Greek jewellery brand Apriati is dedicated to new architecture but its London boutique revels in the spirit of classicism. 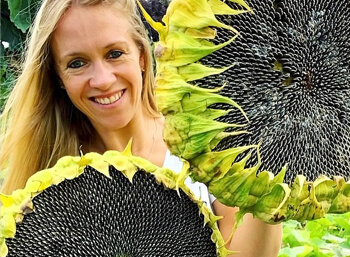 Daily Mail: A stressed and anxious mum who left her high profile job as a celebrity jeweller has now found happiness as a gardener - where she grows unusual and rare types of fruit and vegetables. 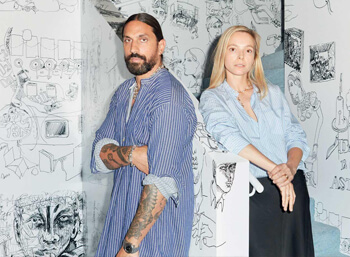 Wallpaper: As a symbol of their creative partnership, Ben Gorham partners with Paris-based jewellery designer Charlotte Chesnais in a series of simplistic chains. 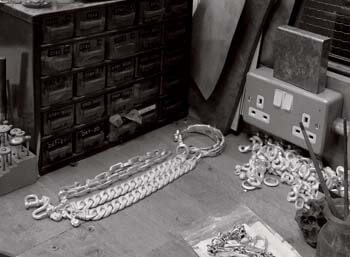 Esquire: The rebirth of a brand now favoured by celebrities including Jay Z and Gigi Hadid. 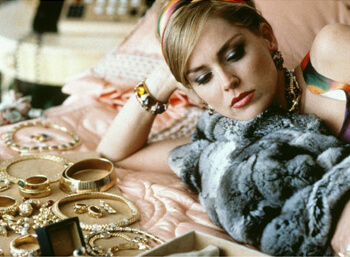 The five pieces of jewellery every woman should own

The Telegraph: Is there such a thing as the ultimate jewellery wardrobe? If we’re really talking ultimate, mine would include a 1920s diamond bandeau hair band, an armload of hammered-gold bracelets, and half a dozen diamond star clips to strew throughout my hair (plus enough hair to actually withstand that). But that’s not likely to be everyone else’s dream collection. 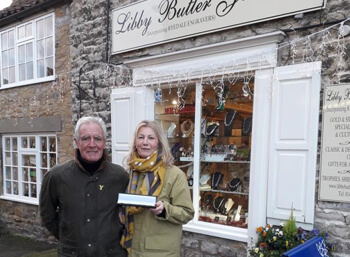 Gazette Herald: A Helmsley jewellery shop has celebrated10 years of business by gifting an emerald and diamond bracelet worth £1,200. 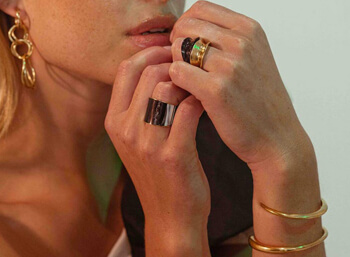 Business Insider: In a world where fast fashion is the norm, finding truly unique jewelry can be a tough feat. That's why, when I come across a brand with standout pieces I've never seen before, I'm interested. When they also have great prices and a great mission? Well, then I start verging on obsessed. 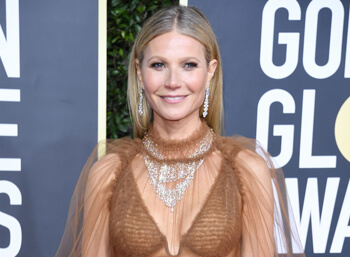 The Most Stunning Jewels From The Golden Globes 2020 Red Carpet 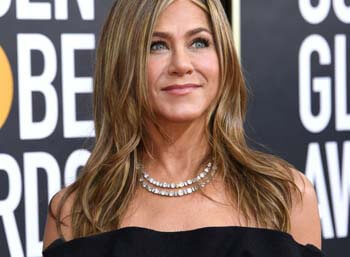 Town and Country: The actress stepped out in a stunning 1950s Cartier necklace. 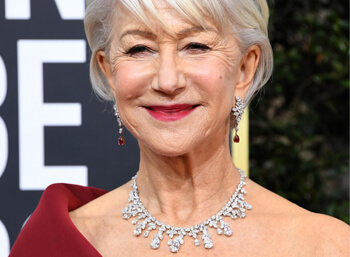 2020 Golden Globes: Jewels That Sparkle On The Red Carpet

Forbes: The biggest names in film and television strode the Golden Globes red carpet Sunday wearing the biggest names in the world of luxury. Harry Winston, Cartier, Bulgari, Chopard and Forevermark were among the brands worn by celebrities at the first major awards program for 2020. 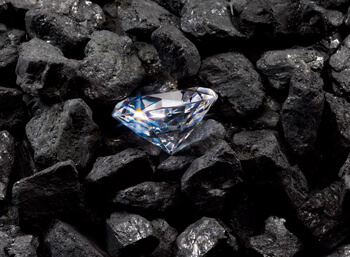 Ethical Diamonds: the cruel truth about the diamond industry

New Idea: They are a fabled symbol of romance, ever-lasting love and wealth, but diamonds are often the product of prolonged human misery and brutal bloodshed. 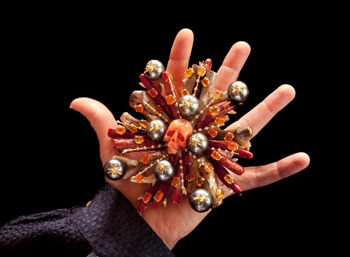 Forbes: Previous installments in this series on the differences between natural and lab-grown diamonds (LGDs), surveyed new government regulations meant to protect consumers from misleading claims made by LGD manufacturers. In this article, jewelry experts discuss how they value these two fundamentally different types of diamond products. 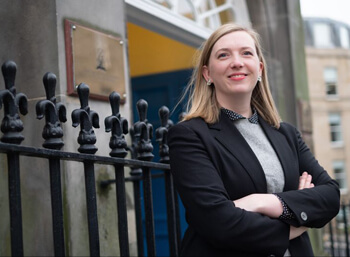 Insider: Ebba Goring takes over at Incorporation of Goldsmiths and Edinburgh Assay Office. 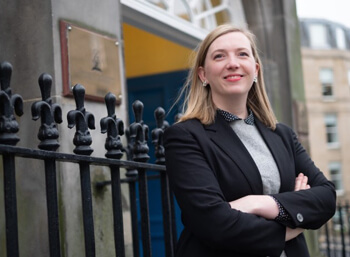 The Edinburgh Reporter: Ebba Goring has been appointed director of one of Scotland’s most ancient institutions, The Incorporation of Goldsmiths of The City of Edinburgh. 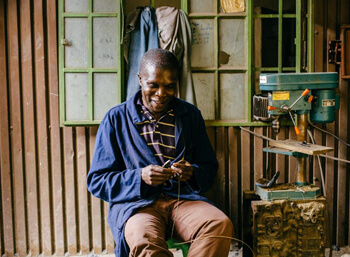 Forbes: A jewelry brand that is “inspired by Africa” is solely using materials that are reclaimed or recycled, and employs 150 Kenyan artisans, including a group of Maasai women.

The Telegraph: Aman wearing a thick silver spacesuit and matching gloves flips a mirrored gold shield over his face and gets to work. Into the flames (where resides a heatproof pot), he places a jumble of ingredients, in the form of shavings, filings and dust. A few minutes later, the mixture is deemed cooked and is poured into a waiting vessel. 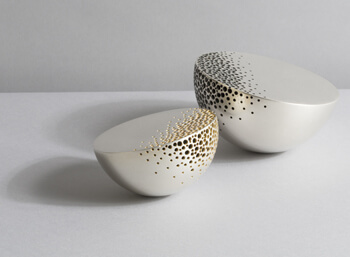 Visiting The Golden Artists at Goldsmiths

Arts and Collections: An annual showcase of contemporary work, Goldsmiths’ Fair is a highlight of the jewellery calendar. Arts & Collections visited the Autumn event to meet the artists collectors won’t want to miss 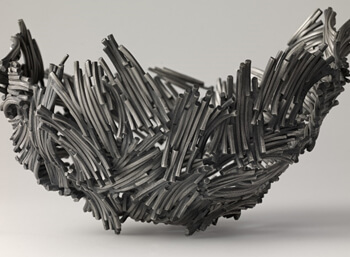 Arts and Collections: The Augustus Brandt Gallery in Petworth is hosting a Silversmiths exhibition called Living Silver: Contemporary Silver for the Home, dedicated to showcasing the technically skilled work of British silversmiths in partnership with Contemporary British Silversmiths (CBS).