An anonymous beach. A young man looks out at a baron sea, a blurred horizon line. A bleak dawn- a vulnerable time of day free of outward distraction, pregnant with opportunity to be seized, or wasted; a torturous, immobilising thought.

The monotonality of the backdrop provides a blank canvas for the  the voyeur watches as he wrestles with his inner voice, as it transcribes the motivation, or lack of, behind his actions.

The film posits that fear and failure are manmade illusions and highlights our propensity to be captives in our own minds. The short film addresses how our need to conquer is just a fight with ourselves, with the journey itself becoming the real conquest. It harks back to the adage

“To finish the moment, to find the journey’s end in every step of the road, to live the greatest number of good hours, is wisdom.” – Ralph Waldo Emerson

The film, shot in Malibu in the eerie early hours in the morning, is the first in a series co-directed by model Francesco Cuizza (Storm Management) and LA-based photographer and filmmaker JMP (Playboi Carti, Lil Uzi Vert, XXXTentacion) that seeks to explore the realm of human subconsciousness. The film was created in collaboration with jewellery designer Ugo Cacciatori.

The sea is no stranger to Cacciatori, who, after a vibrant career within the bustling fashion industry, sought solace in the sleepy fisherman village of Lerici in pursuit of sanctuary. Nestled between the border of Tuscany and Liguria, Lericy’s landscape served as the setting would inspire the work of Lord Byron and Percy Shelley, perhaps the reasoning behind why his creations are ‘’an honest expression of contents and forms giving life to a collection whose syntax is closer to a novel than to the established fashion timing.”

The jewellery used in the film simultaneously prominent and homogenous. The blackened silver and muted gold blending seamlessly with the washed-out background. It extends and highlights movement, becoming an extension, even an amplification, of the human emotion it attempts to contain. All silver shadings are natural reactions according to ancient formulas avoiding any galvanic process. It adorns the subject as a contemporary crown- awarded in the battle against one’s self.

The creative duo formed by film director JMP and screenwriter, actor and model Francesco Cuizza was born only last year, at the beginning of 2018. With almost ten years of experience in the industry, JMP has directed for the likes of Playboi Carti, Lil Uzi Vert and XXXTentacion. Cuizza began his journey into the fashion world when he was scouted by Storm Management. He has worked with a wide range of international brands including Givenchy, Vivienne Westwood  and Alexander Wang. Warrior with a Crown is their first work together.

The creative duo JMP - Cuizza began by experimenting with video as a way to explore the subconscious, focusing primarily on spirituality as the core of their work.

Their aim is to continue to use filmmaking to reflect on the human psyche and ego, addressing different aspects with each production. Their next work will focus on resilience and privacy.

Commenting on the production, JMP states: "Warrior with a Crown is something different. We decided to work with voice-over in relation to body movements in order to engage the viewers and take them on an artistic inner journey.” Cuizza adds: “The film is based on the belief that failure is the fuel for one’s success and is looking to express the weight that every person must carry in an ongoing quest to excel in life”. 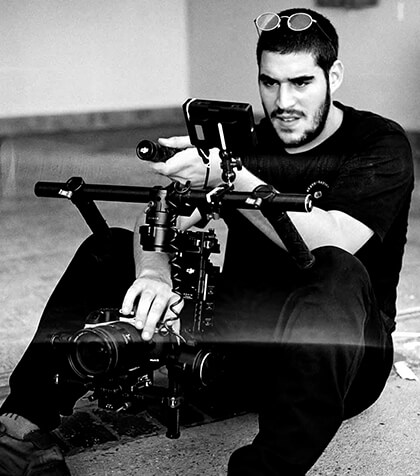 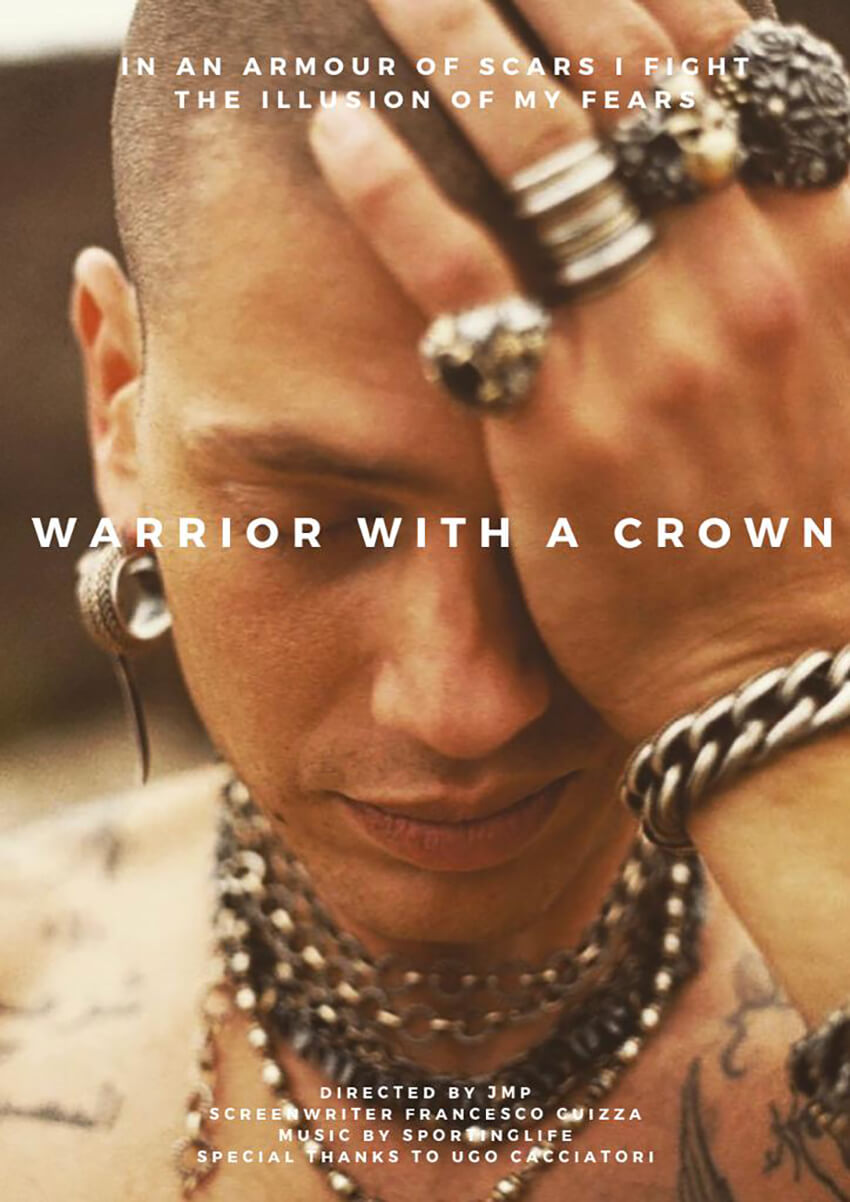