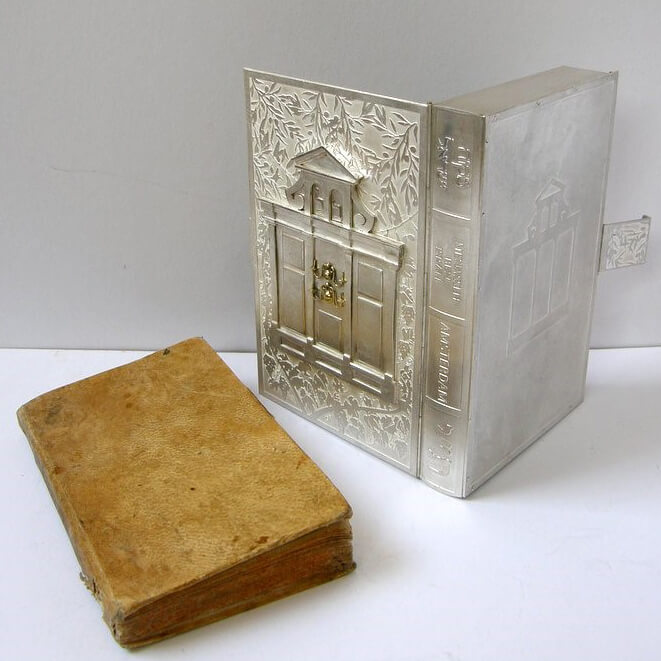 The extraordinary commission came about through her last showing at Goldsmiths' Fair last autumn, where she met a client who is a collector of very rare books.

The client owns a particularly rare volume, which was written in Amsterdam in 1650 by Menasseh Ben Israel.

The text is part of petition written to Oliver Cromwell seeking readmission for the Jews to return to England. The silversmith fills us in and states “They were banished from

England by King John in 1291.” Ambrey Smith was asked to make a silver cover for the book.

The silversmith, with a reputation for her fine work reproducing architectural treasures in precious metals, then began a voyage of discovery and research in the British Library, the Bodlean Library and the V&A to look closely at their books with silver bindings.

“I went to the Bevis Marks Synagogue (the first, and oldest synagogue in Britain) which resulted from this petition, and is a smaller replica of the Amsterdam synagogue that Menassa Ben Israel attended, also where from my customer's family descend.  I talked to a Jewish historian and theologian.”

“I took photos all the way along as the project developed and production of the book cover evolved. For practical reasons the cover became more of a container.  A book box,” she explains. 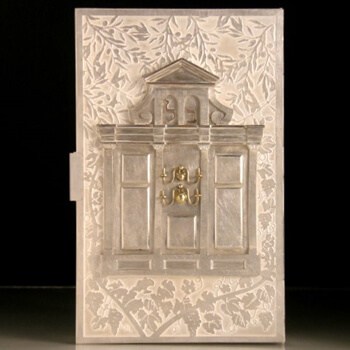