The 'Jewellery Oscars', highlight of the Jewellery Industry's design, craft and manufacturing community's year, saw industry came together once again to celebrate the winners of the annual Goldsmiths Craft & Design Awards which took place again at Goldsmiths’ Hall in London last Monday.

The culmination of a year's work for industry, where pieces worked upon and finished in the last twelve months are entered and shown at the prestigious awards event was hosted by Theo Fennell and welcomed over 300 guests, including world-renowned jewellery houses, notable sponsors, industry associations, leading designers and the UK jewellery press.

The unique annual competition rewards excellence in technical skills and creative design in precious metals and related materials. The Goldsmiths’ Craft & Design Council, which operates the competition, actively encourages craftspersons and designers in the industry, apprentices and students to enter their work in these highly-respected awards, and is a true representation of pier to pier voting for recognition of excellence in the craft. 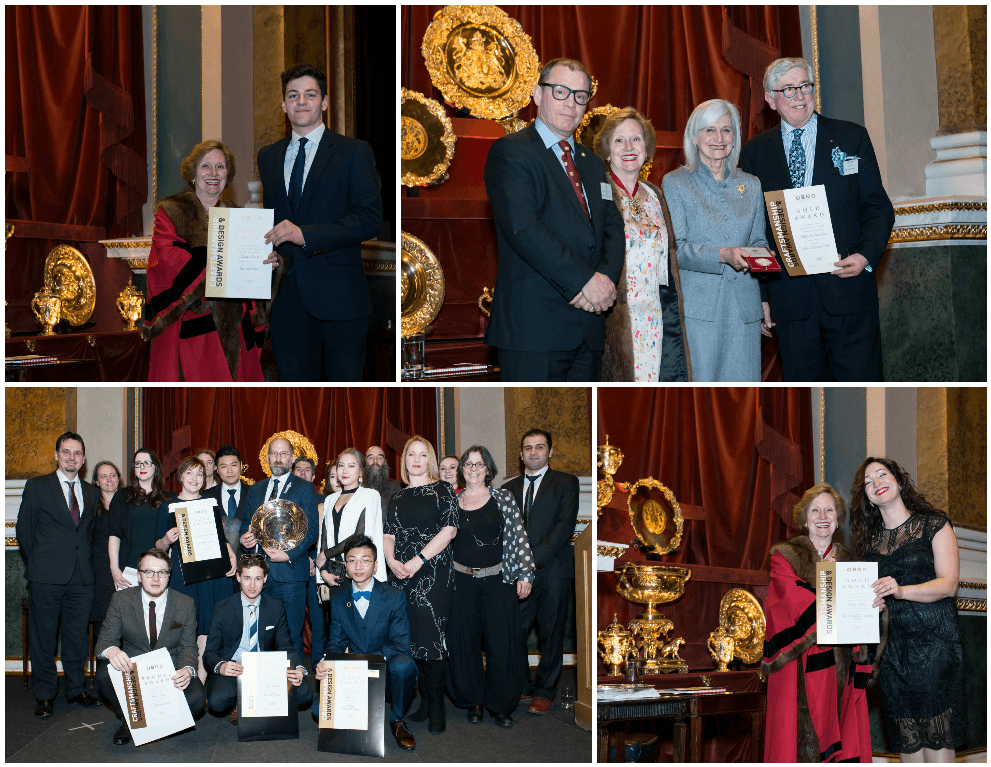 Each year, the Goldsmiths’ Craft & Design Council honours a member of the UK industry with its Lifetime Achievement Award. In 2018, this was presented to husband-and-wife team, Patrick and Vivian Fuller who have together built one of the largest and most successful UK jewellery businesses, with a strong reputation for design and innovation. Patrick and Vivian were presented with the LAA silver medal by The Goldsmiths’ Company Prime Warden, Judith Cobham-Lowe, and Mr Tom Fattorini, sponsor of this award.

“Congratulations to all of this year’s Award winners, who have again impressed the Council and our judges, with fine examples of craft and design skills across many specialist sections. Our expert industry judges frequently commented on the exceptionally high standard of entries this year, and we are pleased with the number of entries that met Council’s benchmark for Gold Awards in 2018. The Goldsmiths’ Craft & Design Council Awards mark a positive start to the year for our junior and senior entrants, and the Council was pleased to celebrate and enjoy their success on Monday night through these great Awards.”