John Farris, affectionately deemed just 'Farris' by his fans, is not your average jeweller. From the red rocks of Sedona, he creates beautiful jewellery and sculpture using a unique ''guided'' technique. By his own admission, John Farris’ business was born out of reactionary emotion.

His story begins in picturesque Northern California, in 2010. ‘’Making these amulets was not even on my radar. I had purchased an amazing pendant from a friend’s store and had really fallen in love with it! Well, the next day she contacted me and said I needed to return it as the pendant was her [business] partner's and it was not for sale. Devastated, I returned it and that was my impetus to self-teach myself the art of wire wrapping'’- a process which seemed to come naturally to him. John was amazed at how quickly he learned the skill, though he admittedly can't be sure of it, he posits that it could be a ''remembrance from another time.'' With this gift, John sought to create his own wire wrapped pendants. 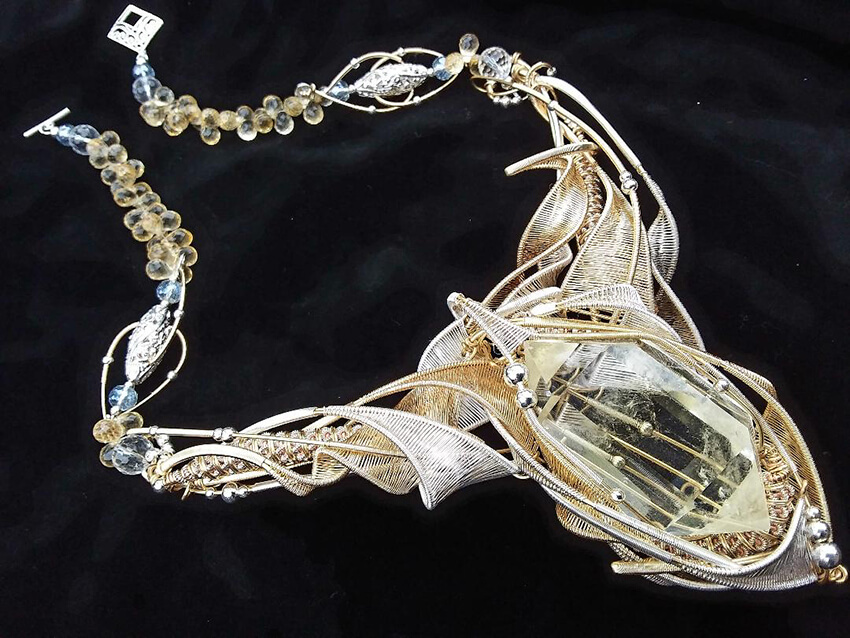 The pendants are crafted using precious gemstones, natural crystal and raw mineral, all skillfully enswathed in jewellers’ grade artistic wire. John sources materials locally and purely based on instinct. A work of pure spontaneity; he tells me that each amulet is ‘’completely guided’’- in his blog, he goes into more detail on his creative process.

“After selecting the crystal and back in my studio, the magic begins! After setting the tone in my studio, I sit with the stone until I see the first move, pure guidance and intuition, I set the stone in wire, enrobe  it if you will... then I look deeply again until I see what to do next, never once have I sketched out my designs, they come step by step through my mind’s eye. In the beginning I would question sometimes what I saw, a move that seemed out of place for the composition, then I would hear the word "Trust."  I would make the move and then see that it was the right one to make after all... Amazed by this I no longer question what comes through as I know it’s perfect and will be what the client needs.”

It is widely believed that crystals naturally possess, or can be programmed with, energy. When worn, carried or placed in a room, they can impart this energy into their immediate environment. John’s clever wire casings serve to magnify and intensify this effect, making the distinctive designs equally as funtional as they are alluring. He explains that ‘’the amulets have been tested on a radionics machine that reads frequencies and they have a self-sustaining vitality rating,

which means they are emanating energy!  I believe the coils and weaves I make work with the crystals I use to produce this effect, amplifying the frequency of the crystals I use. I feel they are working with the persons auric field, their energy, and are an invitation to the person to their next level.’’ 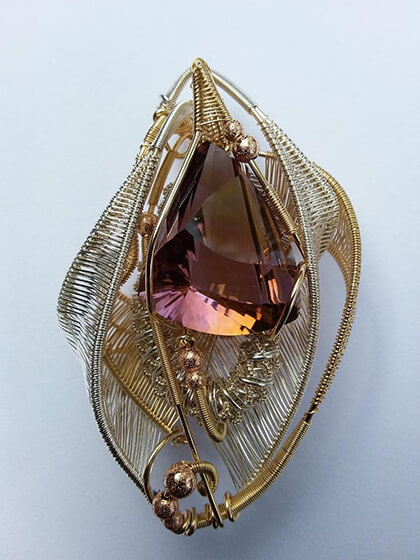 John asserts ‘’They are far more than just jewellery as I have seen the response to them over the years.’’ And he isn’t wrong. The customer testimonials speak for themselves. and attest to both the beauty and the power of the crystals, one customer even goes as far as to deem their own amulet a ‘’life-changing acquisition’’, others speak to the properties of the pieces ‘’ Upon testing they both clear well into self-healing vibration levels and contain no negative thought or destructive frequencies.’’

John Farris' jewellery will be on show as part of the Artistar Jewels contest during the 2019 Milan Fashion week.

You can find him online at www.johnfarrisvisionaryarts.com 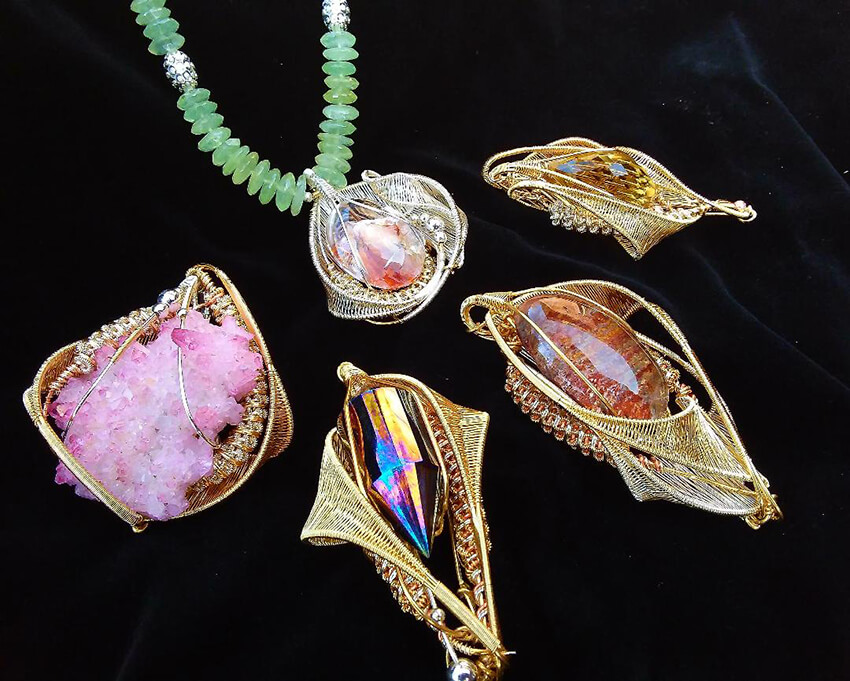