Several weeks ago Scott Armstrong, a third year BA Jewellery Design student, travelled to Beijing’s Forbidden City with Chaumet to launch his Vertiges tiara following on from a design project.

The design is the result of the challenge Chaumet set for students of BA Jewellery Design and MA Design (Jewellery) to reinvent the tiara for the 21st  century.

“It’s still the ultimate object,” says Armstrong of the opportunity to design a tiara for a venerable Parisian high jewellery house.

The project began with sixty students visiting the high jewellers in Paris to learn about its history and explore its workshops. Introduced to the Chaumet archive and workshop, the students heard how natural motifs had been a focus since the jewellery house’s founding in the late 18th  century. 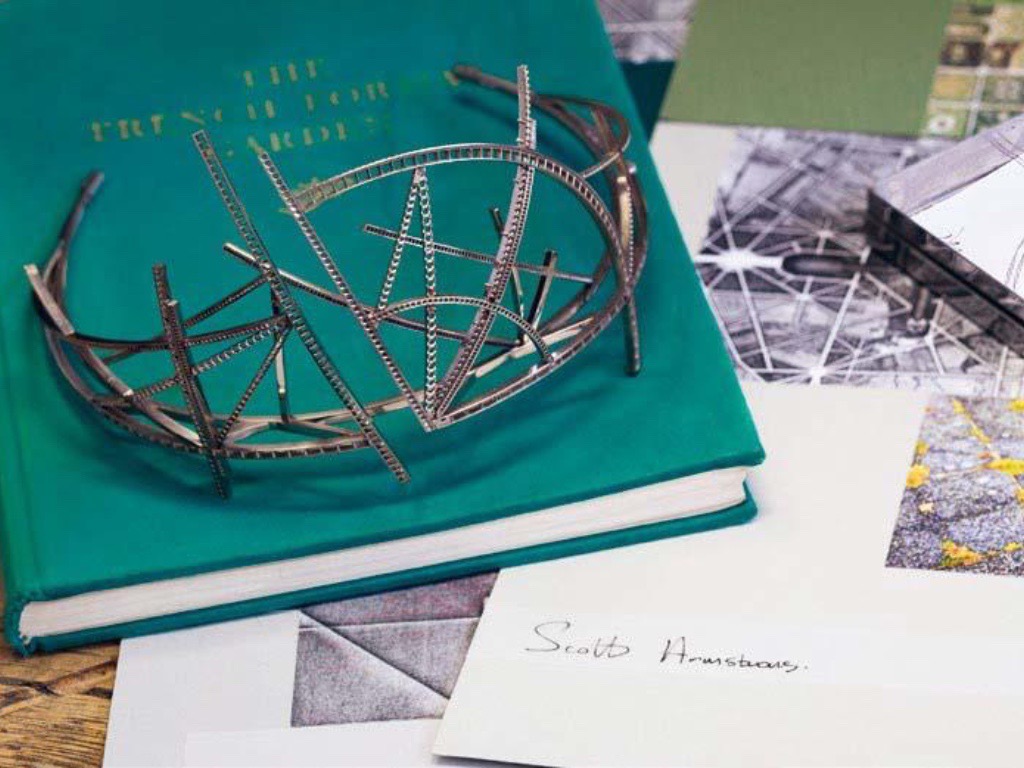 With nature not a usual inspiration, Armstrong navigated the theme with support from his tutors Max Warren and Scott Wilson. He came across a book in the library on French Formal Gardens, with the plans of gardens of grand 18th century houses, pathways curved and straight stretched out across the land.

“That’s my way into nature, without drawing flowers,” he says.

It was a quite a late discovery so Armstrong had little time to make up his model, forming  a tiara out of the geometric pathways and connections inspired by the garden plans. Once the design proposals were in, a judging panel selected a shortlist of eight with Armstrong announced the overall winner. Heading into the selection feeling unconfident, he recalls the moment his name was announced as “a massive shock”.

The process of realising the tiara began immediately with Armstrong invited to Paris for regular meetings to resolve any questions and refine the design to the point at which it could be presented to the workshop.  Handing over a design to be made by a craftsperson is a process Armstrong uses in his own practice so the Chaumet project fitted comfortably with him,

“I like that process of design and product management rather than maker, because I can’t make things to the quality that I would like them to be made, so paying someone who’s done it for 15 or 20 years makes sense to me. It’ll be a better thing at the end.”

Armstrong started making jewellery at the young age of 14, working at the weekend as an apprentice to a local jeweller in his home town.

“The reason I wanted to come to Central Saint Martins,” he explains, “is that you can have a fine jewellery collection next to a performance piece. To have the opportunity to work like that for three years is incredible. I came into the course from a fine jewellery background; I know that world but it’s different when it gets to this level. Parisian high jewellery is world renowned for being of the highest quality.” 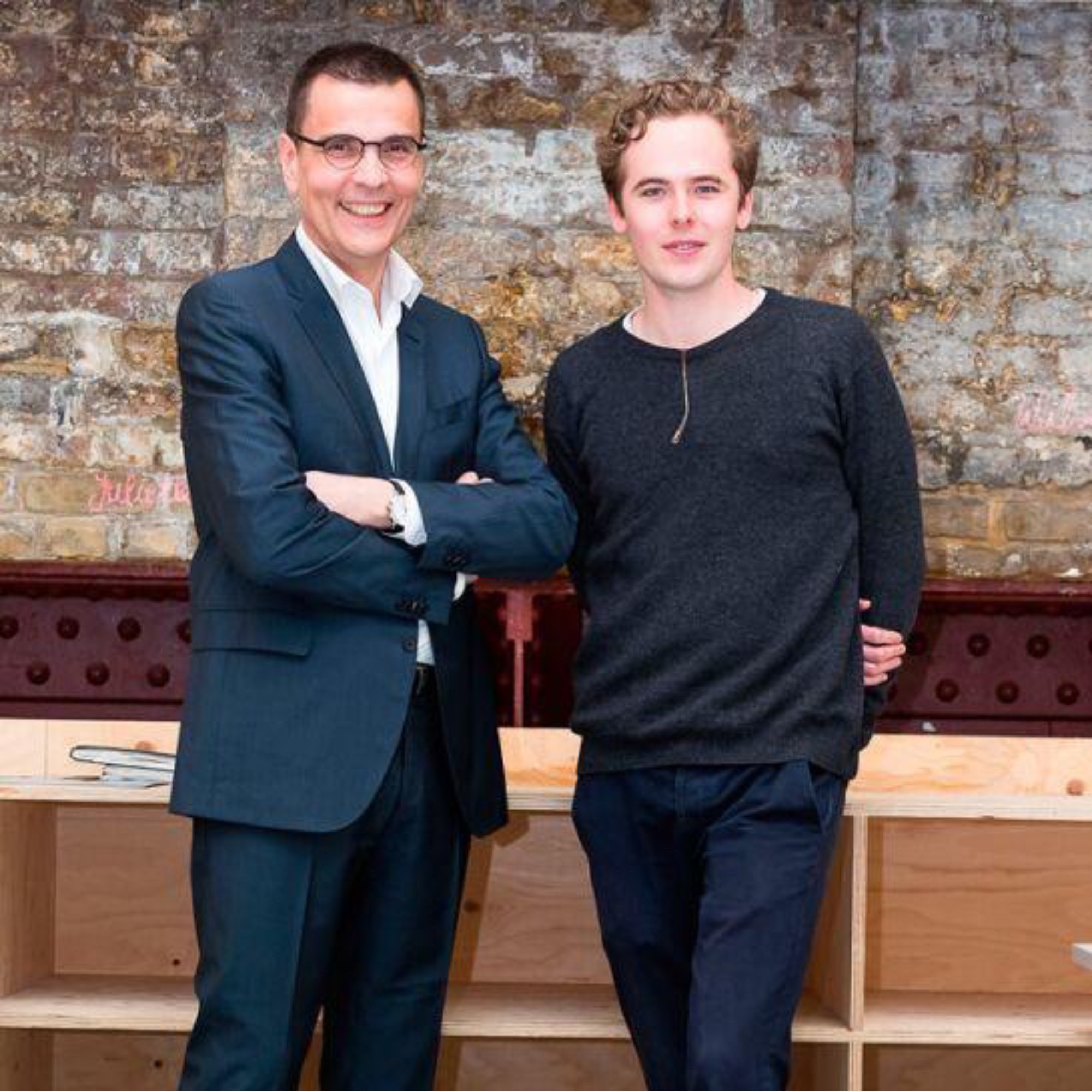 Accustomed  to working in CAD, Armstrong created a digital model of the tiara which Chaumet then 3D printed and used for the initial modelling stage. The third-year student  travelled to Paris several times to consult with Chaumet throughout the production and was in a continuous WhatsApp conversation with Yann Richardson, the master craftsman who made the majority of the final piece.

On one particular visit to Paris, Armstrong recalls being given a bag of his chosen jewels, tourmalines, and was asked to select the stones for each setting:

“Because they’d been touched by hands they had to go back, be repolished and rechecked. I’m detailed focused but this was beyond anything I’d experienced before.”

Back in London and finishing his graduating collection, Armstrong reflects on his experience with Chaumet:

Initially, Chaumet was searching for a design that pushed this most formal type of jewellery into the contemporary world. When first shown in Beijing, as part of its  Imperial Splendours exhibition this April, the jewellery house explained that Armstrong’s tiara “closes the exhibition while opening the doors to the future”.