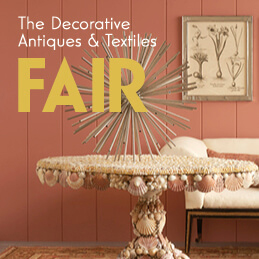 We’re a family-owned fair that launched in 1985, the first to specifically unite the antiques and interior design trades.  Today we hold three events a year: a Winter Fair in January, a Spring Fair in April and an Autumn Fair during the busy ‘design season’ in late September.