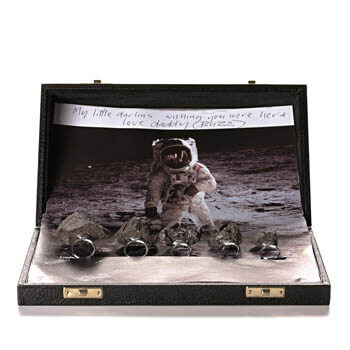 The Museum of Arts and Design, New York 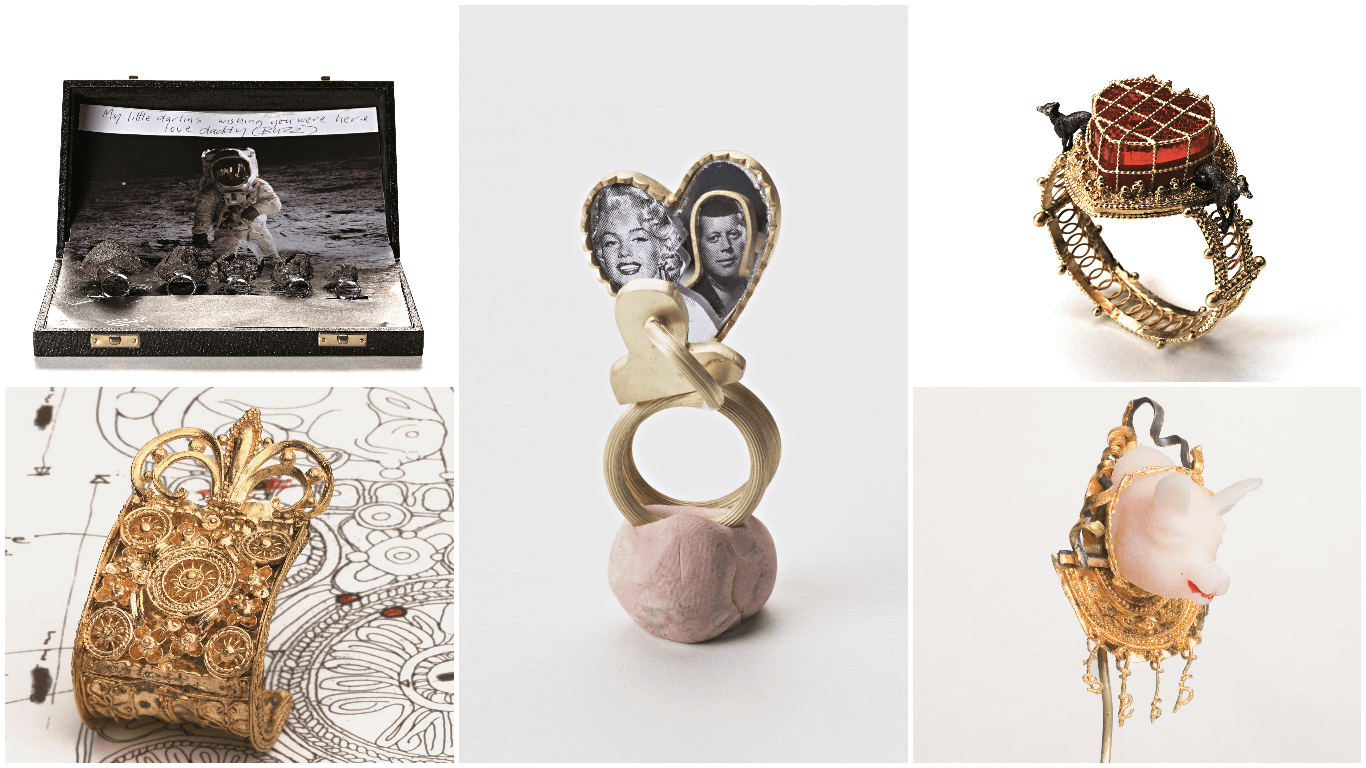 The Museum of Arts and Design, New York

The Museum of Arts and Design (MAD) is pleased to present Fake News and True Love: Fourteen Stories by Robert Baines, a solo exhibition of jewelry by Australian artist Robert Baines, on view October 16, 2018, through March 3, 2019. The exhibition centers on fourteen fanciful news stories, of which Baines' jewelry serves as "evidence." Using rings, parures, neckpieces, and bracelets, the artist highlights the constructed nature of collective history, manipulating what is accepted as truth to address the influence that fake news, sensational headlines, and the fabrication of alternative realities has on our perception of events.

"At a time when the fundamental nature of reality is being challenged, we are excited to bring to MAD an exhibition that stimulates discussion surrounding what is real and what isn't," said MAD Assistant Curator Barbara Paris Gifford. "Baines' clever use of jewelry highlights this tension through stories that mix fact with fiction and will no doubt generate discussion among our visitors."

The stories, crafted and "fact-checked" by the artist, span from BCE to the present day and encompass an equally wide range of topics, including conspiracy, forgery, celebrity, politics, and migration. The jewelry and corresponding editorials together comprise unique artworks that support or question diverse moments in history, from the moon landing and the original discovery of Australia to President John F. Kennedy's alleged infidelity. Satirical and humorous in tone, the stories in Fake News and True Love expose ways in which a linear narrative can be a vehicle for myth, riddle, puzzle, and possible subversions of history.

A mysterious ring has been found with a note that reads "Jack, with Love as always from Marilyn." The ring is crowned with an image of Marilyn Monroe in a heart. When moved, an image of President Kennedy coyly joins her in the mirror at her side. Though not much is known about the ring, the date on the note (May 29, 1962) suggests that it could have been a birthday gift to President Kennedy!

A 3,000-year-old mine, harbor, and gold hoard has been excavated at Freshwater Point on the Queenslandcoast in Australia. Resident Val Osborn has traced the remaining structures to the early mining endeavors of the Phoenicians around 1000 BCE. This indicates that the area's rich mineral deposits attracted the Phoenicians to Australia more than 2,700 years before Captain Cook, the European explorer now credited with discovering Australia in 1770. If authenticated, the Phoenician colony settlement will change world history.

Souvenirs from the Apollo 11 Moon landing surface as the European Space Agency gears up for a new fake trip into space—this time to Mars. Five rings in a custom case dedicated to Buzz Aldrin's "little darlins" and outfitted with an image of the astronaut on the Moon have caused a "buzz" in the lunar conspiracy community. The rings have been set with mysterious stones. If found to be Moon rocks, the rings will be unprecedented evidence of a lunar landing that has not come from a government facility.

Robert Baines was named a Living Treasure: Master of Australian Craft in 2010, for shaping the fields of contemporary jewelry and jewelry history for over forty years. In addition to teaching and maintaining his own contemporary jewelry practice, he studied ancient jewelry at the Metropolitan Museum of Art and masterworks in several international institutions. Through these experiences, he has essentially learned to brilliantly copy jewelry—from the ancient to the modern—making him uniquely suited to a show of this nature.