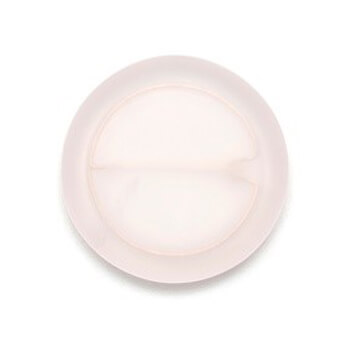 Open to the Pubic

Lin Cheung references normal, traditional, understated jewellery forms and uses standard materials and techniques, then deftly twists these conventions through subtle subversions. Her work explores the conceptual core of her medium of choice but is far from being overtly cerebral or self-referential: starting from a longstanding preoccupation with jewellery, it opens up observations concerning current affairs, gender issues and the everyday.

The show includes works made from a range of materials, such as pearls, quartz, lapis, corian, pink opal, black Belgian marble. According to the artist there is a tension between their aesthetic qualities and her will to use them to get across an idea, “a sort of total control vs total relinquishment to the sheer beauty of the material, a tussle between heart and mind.”

Carving, particularly in the case of stone, is usually associated with sculpture. The works in this show belong to three series which transpose this technique on a more intimate scale: in Delayed Reactions she translates into stone what is arguably among the most humble and volatile of jewellery forms, the badge pin; in the Keep series she makes wearable sculptures in the shape of banal, cheap objects, like the corner of a plastic bag or a napkin; in the case of the Pearl Necklaces, Cheung hand-carves and makes loops out of one of the most delicate and precious materials, freshwater pearls.

Delayed Reactions explores the paradoxes immanent to the form of the badge-pin. Does a material like stone amplify the meaning of a badge pin, making it more convincing or permanent, or would the use of ‘noble’ materials undermine its purpose? Is the form of the badge substance? Can a badge be an ornament?

Instead of signifying active political affiliations or ideas, these badges transmit the feelings of perplexity, disillusionment, bewilderment and confusion that were shared by many during and after the 2016 EU referendum.

Keep is a wry look at how the artist stores and protects her own jewellery. Unceremoniously tucked in corners of plastic grip seal bags, wrapped like a slice of cake in kitchen paper, scrunched up in a tissue, folded in a handkerchief or secured with paper and an elastic band are just some of the ways the jewellery she owns and wears is stashed and stowed.

The Pearl Necklaces series started in 2016, on the occasion of the Chain exhibition at Gallery S O. The artist happened to have a very old pearl necklace given to her by her mother and decided to experiment. These seemingly old-fashioned pieces are the outcome of the almost taboo process of carving into pearls, a signifier of feminine elegance and grace, thereby complicating gender associations and unilateral conceptions of femininity.

In the artist’s words: “Pearl necklaces have a distinctive character. They are everywhere, worn by our mothers, grandmothers, sisters and wives – they have universal appeal and dare I say are universally accepted because they are inoffensive, considered feminine and proper… Craft knowledge in this instance gives me power: the ability to update a tired, forgotten about pearl necklace and transform it into a wholly new piece of jewellery is to me what being a jewellery artist means: that I am not limited to the dictates of my subject, past present or future.”

About Lin Cheung
Lin Cheung (Born 1971, Basingstoke, Hampshire) is a jewellery artist, designer and senior lecturer at Central SaintvMartins. She graduated in 1997 from the Royal College of Art with an MA in Goldsmithing, Silversmithing, Metalwork and Jewellery. Her work was awarded an Arts Foundation Award in 2001 and a Jerwood Contemporary Makers Award in 2008. Lin Cheung was been shortlisted for the Women’s Hour Crafts Prize in 2017 and is the recipient of the prestigious Françoise van den Bosch Award 2018. Cheung has exhibited jewellery and objects extensively throughout the UK and internationally. In 2007 she contributed an essay for the book New Directions in Jewellery 2, in 2013 she contributed to the inaugural issue of Current Obsession and in 2012 she designed the London 2012 Paralympics Games medal. Her work is part of the collection of the Museum of Arts and Design (MAD), New York, USA; Middlesbrough
Institute of Modern Art (mima), UK; The Röhsska Museum, Gothenburg, Sweden; Crafts Council, London, UK; Stedelijk Museum ‘s-Hertogenbosch, The Netherlands; Contemporary Art Society, London; The Potteries Museum & Art Gallery, Stoke-on-Trent, UK.