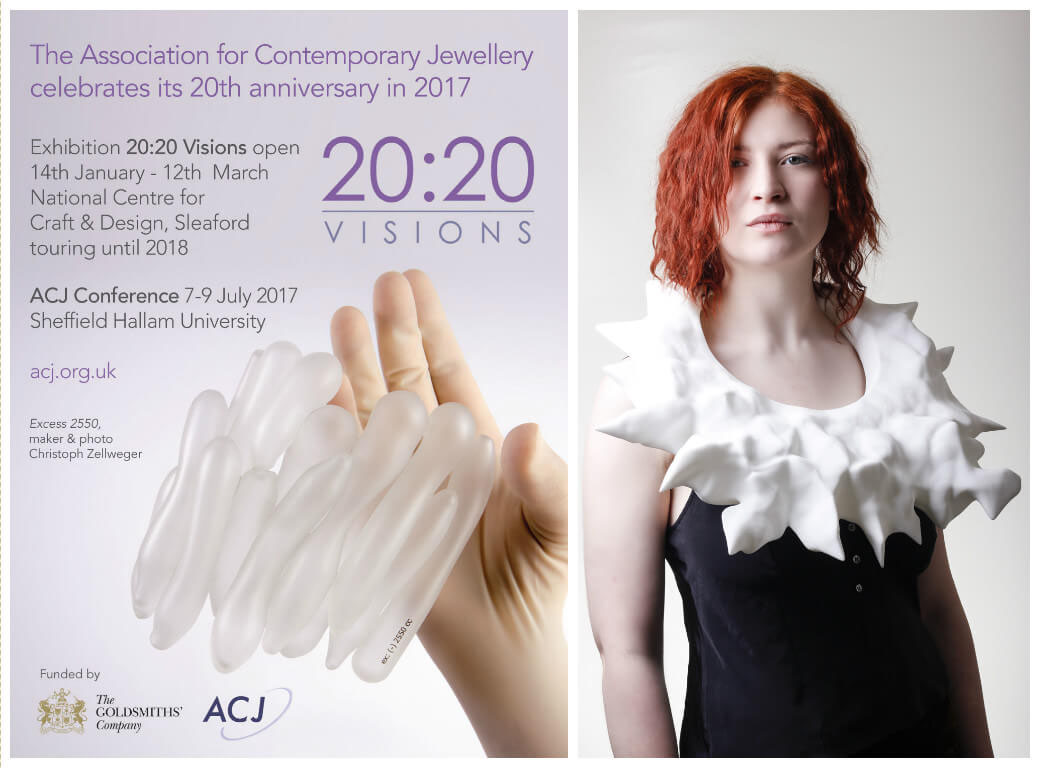 The 20:20 Visions exhibition boasts that it shows the best of the new jewellery and conveys progression in design and techniques over the last twenty years.

The exhibition is in two parts 20:20 and Visions 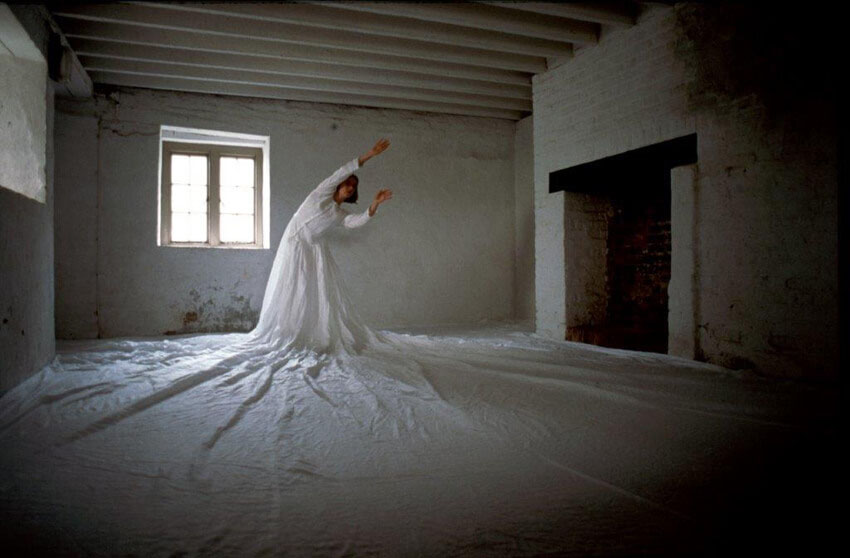 Twenty of our most prominent and innovative members have been invited to show work from c1997 alongside a new piece.

The twenty invited guests are:

These have been Founder Members, Chair or Board members and include many of the most respected British jewellers of the 21st century. 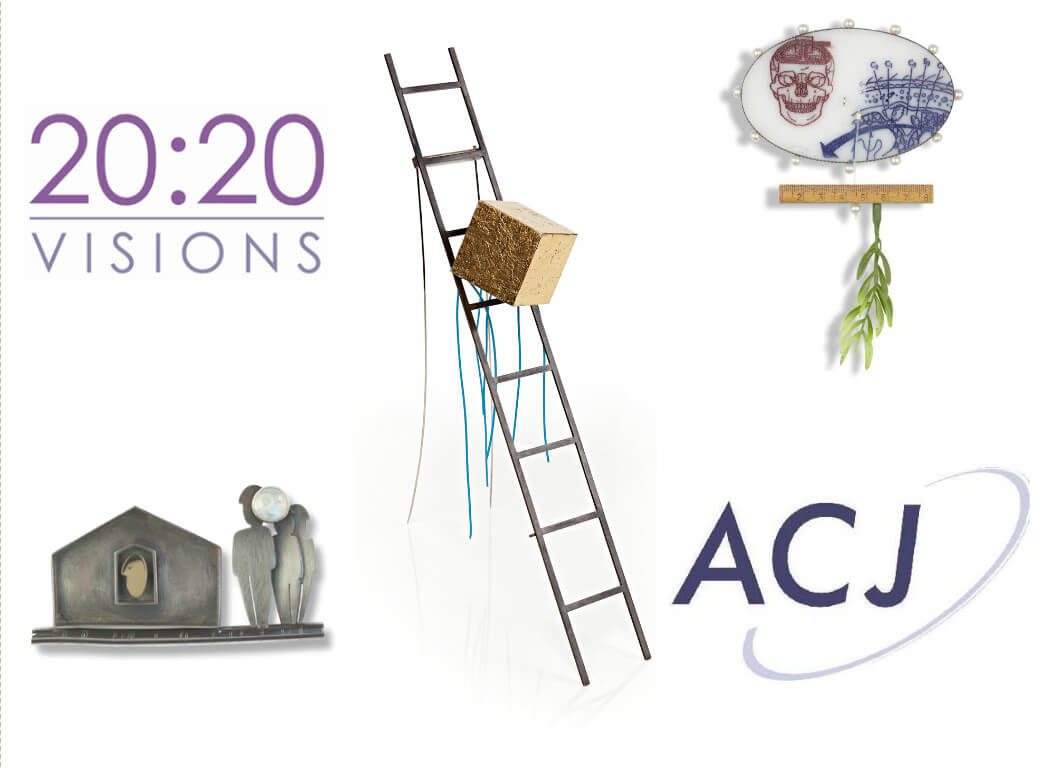 The second part of the exhibition shows a selection of the best work from 31 current members, juried by an exhibition Panel: Kath Libbert, respected gallerist, Peter Taylor, Director of the Goldsmiths’ Centre, Rebecca van Rooijen, Editor of Benchpeg, and respected jeweller John Moore.

This part of the exhibition will show the full breadth of materials and techniques being used in cutting edge jewellery.  ACJ currently numbers some 500 members. Here is a selection of the best of their current work with materials ranging from paper, plastics and mixed media to gold, silver, copper, brass, titanium, aluminium, found objects and electronics. New technologies and techniques sit with traditional methods of construction.

All of the pieces are wearable, however the scale covers the miniscule to the majestic. Conceptual work contrasts with the purely decorative, and all the pieces are made to the highest standards.

The 31 members selected by the panel:

Mooted in 1996 at the Jewellers' Exchange conference, ACJ was formalised in 1997 to promote the art-form, to support the makers, to delight and inform the collectors, curators, gallerists, educators and all those interested in jewellery. ACJ has a record of excellent and exciting exhibitions which have all been juried to very high standards, showing the panoply of modern techniques, responding to the themes with imagination, wit and panache.